Why is Turkey so Insistent on Buying Russian Missiles (And Missing Out on the F-35)? 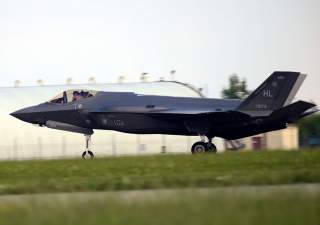 On June 5, 1964, then-President Lyndon Johnson sent a stern letter to Ismet Inonu, the then-prime minister of Turkey, urging him to abandon the imminent Turkish military intervention in Cyprus, which aimed at saving the fellow citizens from being massacred by the Greek-Cypriot EOKA militants. The letter was loaded with threats and ultimatums. Johnson admonished Inonu that the American weaponry provided to Turkey may not be used and an arms embargo would ensue. He further forewarned that such military action would result in Turkey’s alienation within NATO. Disillusioned, Turkey turned to the Soviet Union in order to counterbalance the American actions. The United States could only postpone a military intervention in Cyprus for ten years. In 1974, Turkey annexed one-third of the island. The Johnson Letter incident left irreparable damage in Turkish-American relations and is considered to be the official date that bilateral relations began to deteriorate.

Fast forward almost exactly fifty-five years, former acting U.S. Secretary of Defense Patrick M. Shanahan, the former sent a letter on June 6, 2019 to Hulusi Akar, Turkey’s Minister of National Defense. Although much less overbearing in tone than Johnson’s, Shanahan’s letter too was full of serious warnings, politely laying out the consequences of Ankara’s imminent procurement of the Russian S-400 missile system. He overtly threatened that if Ankara continues this path of action, it will face economic sanctions under the Countering America’s Adversaries Through Sanctions (CAATSA) act. Turkey’s effective ejection from the F-35 program is also mentioned in the letter. If Johnson’s Letter is the beginning of the souring of relations, then Shanahan’s Letter heralds that bilateral relations are about to hit rock bottom.

To put it simply, Turkey’s regional threat perceptions in the post-Cold War era have grown quite stratified and multifaceted due to American unilateralism (particularly in Iraq, Syria and Iran, all Turkey’s neighbors). Washington’s reluctance to address those concerns has progressively moved Ankara off of American’s path. The Syrian Civil War clearly highlighted those discrepancies between the two NATO allies.

Most recently, the U.S. insistence in creating and unconditionally backing an autonomous, Kurdish-dominated entity in Syria that Turkey perceives as a matter of top national security concern has propelled Ankara towards Moscow, which appears to cater more to Turkey’s security concerns. The Turkish distrust in the United States has grown ever so deeply. For instance, Trump’s threat that “Turkey’s economy would be devastated if it attacked Kurds in Syria” gave the Turks an indication that the United States would easily sacrifice Turkey for a non-state actor. Sinan Ulgen, chairman of the Istanbul-based EDAM think tank, argues that “No other policy decision in history has done as much harm to the image of the United States in Turkey as the ongoing effort to weaponize the [People’s Protection Units]YPG. Washington may have indeed seen this entity as a useful group in the fight to defeat the Islamic State, but the cost has been the total alienation of Ankara.”

What was once inconceivable in Turkish-U.S. relations has happened. Now there is a serious talk in Turkey that a direct U.S. attack against Turkey is imminent. For instance, the pro-Erdogan Yeni Safak Newspaper published a suggested scenario of military confrontation between American and Turkish fleets, which is in the third edition of the book titled Fleet Tactics and Naval Operations by the U.S. Naval Institute, one of the biggest professional military associations in the United States, employing a lot of former top military brass. Again, the pro-Erdogan Haber 7 has claimed that the 6th Fleet is about to attack Turkey. Allegations that American-made Javelin and TOW anti-tank missiles had been delivered to the Kurdish YPG and that they were used against the Turkish troops in Syria had some in Ankara convinced that the United States is already indirectly at war with Turkey. Given the level of distrust against Washington, there is a widespread belief among the pro-Erdogan circles that it is in Turkey’s interest to buy an advanced high-altitude missile defense system that is able to see American and NATO jets and missiles as adversarial. The proposed Patriot PAC-3 systems wouldn’t do that.

Turkish President Erdogan, too, has his own personal trust issues with Washington. He has repeatedly accused Washington of collaborating with U.S.-based Turkish preacher Fethullah Gulen in the 2016 failed coup that left an estimated 150 people dead. Furthermore, the two U.S.-made F-16s in the hands of the rebel pilots came so close during the coup attempt to downing Erdogan’s plane on his way to Istanbul but are said to have decided not to because Erdogan’s pilot faked the identity of the plane as to be civilian. The other F-16s bombed the Turkish Parliament eleven times. Ironically, what was noticed during the 2016 coup attempt is that Turkey did not have any effective defense mechanism against “its own” American made weaponry! Therefore, Erdogan has a personal stake in acquiring a non-NATO missile defense system, which would thwart his overthrow by a possible future coup.

Then, there is the ever-brewing tension in the eastern Mediterranean, particularly around the island of Cyprus, over the newly discovered massive hydrocarbon reserves. Cyprus, backed by the European Union and the United States, and Turkey are locked into a serious conflict about the extent of their own exclusive economic zones, which would also determine the extent of lucrative natural gas revenues. Turkey has sent its own drillships into zones which Cyprus claims as its own. The tension has now risen to the point where the Cypriot Greek authorities have issued arrest warrants for the crew of a Turkish drilling ship off the Cypriot coast, which, if materialized, could easily boil into a military conflict.

Turkish warships had already several times prevented the Italian ENI drill vessel from reaching a drilling site. Coincidentally, the Greek Cypriot Government granted the offshore drilling rights to ExxonMobil, which is followed by the deployment of the U.S. 6th Fleet in the area, although the U.S Navy and “Turkish security sources” denied that the cause of the deployment was to protect the interests of an American company. In early March, Turkey flexed its naval muscles by conducting “the Blue Motherland” naval exercise—the most comprehensive in its history—in the Mediterranean, the Aegean and the Black simultaneously with 102 vessels. In response, Cyprus, Egypt, Greece and Israel, which all lay claim in the gas and oil deposits in Eastern Mediterranean, combined their forces to conduct the Medusa 8 Naval Exercise in the eastern Mediterranean. Considering Greece is a NATO member, Israel possesses American arms and the U.S. Congress is poised to lift the arms embargo on Cyprus, the many in Ankara feel the need to obtain a non-American, non-NATO missile defense system to deter any military confrontation.

Having realized that repeated arms embargoes by NATO allies have created a security gap, Turkey has decided to step up building its own indigenous, sovereign defense industry. This includes the high-altitude missile defense systems providing it so-called anti-access/area-denial (A2/AD) potential, which would threaten aircraft up to 200 miles away. S-400s do just that. Ankara faced with the bitter reality that it needed its own missile systems when the NATO member Germany prematurely withdrew its Patriot batteries from Turkey’s Syria border in 2015, citing “the high cost of the deployment.” That left Turkey vulnerable to attacks from Syria.

The technology transfer is a must to develop such a sovereign defense inventory. For instance, Turkey was able to build its own attack helicopter program (ATAK) in the last ten years, thanks to the technology transfer agreement with Italy’s AgustaWestland. President Erdogan had said that “the plan is to completely eliminate external dependency on defense equipment supply with ongoing plans and investments until 2023 [and start developing] unique designs.” Happy to fragment the Transatlantic alliance, Russia included the technology transfer clause in the S-400 agreement. President Erdogan has expressed his desire for joint production of S-500. Whereas it took the U.S. administration seventeen months to renew its offer to sell the Patriot missile system, when it did, it did without an offer to transfer technology.

Finally, Turkey needs Russia in Syria to thwart security concerns that it had failed to convince the United States to address. For instance, Turkey’s Afrin offensive that drove off the YPG, the Turkish PKK’s Syrian branch, in northwest Syria became possible in early 2018 with Russia’s approval. The more pressing Idlib issue still requires further Russian cooperation. As Vladimir Putin has been proven a much more reliable ally for Erdogan, it is very unlikely that he will cancel the procurement of the S-400. The opposite would mean the loss of Turkey’s recent gains.

What has become a total mess of Turkish-American relations has been in the making for some time and has intensified in the last decade due to the civil war in Syria. Turkey has become more independent in its foreign policy under Erdogan and refuses to submit to U.S. coercion, particularly in the Middle East. When Washington dials up the intensity of arm-twisting, Ankara approaches Moscow even closer.