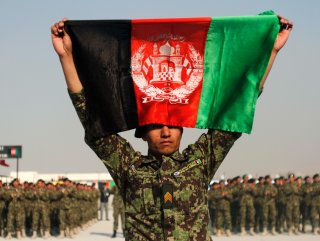 As the U.S. withdrawal from Afghanistan picks up speed, there is increased talk of an enhanced role for Turkey. Turkey is the only predominantly Muslim country with troops in the coalition, and there has been a longstanding understanding of the benefits of a longer Turkish deployment. The handover of Kabul airport operations to Turkish military control may provide that opportunity.

Turkey has the experience and military capability to provide security at Kabul’s airport. Ankara also possesses a unique diplomatic toolkit that positions itself as a viable mediator among the clashing Afghan constituencies. It enjoys positive relations with Pakistan, and it touts itself as a leader of the region’s Turkic nations, two of which abut Afghanistan. Two years ago, there was talk among sources close to the Doha peace talks that the Taliban might consider a continued Turkish presence in Afghanistan outside of the NATO mission. So it came as no surprise when Turkey made an offer to guard and operate the airport at the May 2021 NATO Foreign and Defense ministerial meetings after international troops depart. Far from an act of altruism, the offer will likely also benefit Turkey’s position within NATO as well as Ankara’s designs for Central Asia. The offer, however, is not unconditional, and there are as yet unresolved “political, logistical and financial“ conditions.

The NATO Summit Communique of June 14, 2021, strengthened the possibility of a handover to Turkey when it noted funding would be made available for that purpose. Turkish President Recep Tayyip Erdogan also hinted during a press conference after his meeting with U.S. President Joe Biden on June 14 that Pakistan and Hungary could also have a role in securing the strategic airport.

Turkey has more than 500 troops stationed in Afghanistan as part of a NATO mission to train the Afghan security forces, and additional troops would likely be needed for the airport mission. Turkish Defense Minister Hulusi Akar has said that Ankara’s offer was contingent on backup from allies.

“We intend to stay in Afghanistan depending on conditions. What are our conditions? Political, financial and logistical support. If these are met, we can remain at Hamid Karzai International Airport,” said Akar.

This request is not without precedent. NATO assumed command of the International Security and Assistance Force from the U.S.-led coalition in 2003. As NATO expanded throughout Afghanistan, Lead Nations were unable to provide necessary requirements out of their own capabilities with shortfalls in logistics, rotary-wing aircraft, and vehicles. As retired Admiral Don Loren, Deputy for Political-Military affairs on the U.S. Joint Staff, who led the support efforts in the Pentagon, said, “There were legitimate requests for assistance to help out many of the nations in the ISAF coalition to efficiently transition the ISAF handover.” Turkey’s request for assistance, eighteen years later, is little different.

With the United States scaling back its presence in the Middle East and Afghanistan, the Biden administration will nevertheless ensure that its interests are maintained. Turkey has been a longtime ally of the United States in holding back what it considers expansionist Russian intentions, but recent challenges to the bilateral relationship between the United States and Turkey have made this more complicated. Ankara enjoys warmer relations with Moscow and is pursuing its own geopolitical and economic interests in the Middle East and Central Asia that are not necessarily in sync with Washington’s. As such, Washington would naturally be concerned about Turkey’s reliability as an enforcer of U.S. interests at this juncture, given their strong disagreements on a number of key issues, but both sides seem keen to make it work. After the recent bilateral meeting with Biden, Erdogan noted “…there are no problems in Turkey-U.S. ties that don’t have a solution,” and a Turkish role in securing the airport could help improve ties between Ankara and Washington.

Kabul has not issued a comment on whether they would accept an expanded Turkish mission. But a Taliban spokesman issued a statement on June 10 that Turkey should withdraw its troops from Afghanistan under the 2020 deal for the pullout of U.S. forces, effectively rejecting Ankara’s proposal to guard and run Kabul’s airport after NATO forces depart. Perhaps concerned that any attacks on a NATO member would invoke a return of U.S. forces or other harsh response, the Taliban view appears obdurate.

Yet, Turkey’s involvement in Afghanistan is far less contentious as Turkish troops are predominately Muslim and less “foreign” to Afghans.

There are parties in Afghanistan that may view a more pronounced Turkish role with suspicion, but the idea is certainly not as contentious as a continued role by other countries, with blame laid on some of them for significant civilian casualties and others whose troops, notably Australia, have been embroiled in war crimes scandals.

Still, for Afghans, securing Kabul’s airport could help persuade some countries to maintain a diplomatic presence in Afghanistan and prevent further nations from shutting their embassies as did Australia last month, citing security concerns.

Relations between NATO and Turkey have been, at best, tetchy over the past few years. Disagreements over the purchase of the S-400 air defense system from Russia, U.S. support for the Kurdish People’s Protection Units (YPG) on the Syrian border with Turkey, the Nagorno-Karabakh crisis, the recent conflict between Azerbaijan and Armenia, rising tensions between Greece and Turkey over gas exploration activities near Kastellorizon, the France-Turkey dispute over the attempted inspection of a Turkish vessel allegedly breaching a UN arms embargo—these and other incidents have created distrust and acrimony between Turkey and its NATO partners.

There is little doubt, however, that an expanded role in Afghanistan which picks up the slack for other NATO members keen to withdraw will also ameliorate some of the strained ties between Ankara and NATO. It is certainly a step in the right direction and likely a positive note in the recent NATO meeting.

The Turks have gained much experience in conflict zone management and diplomacy from their ventures in Syria and Libya. While Afghanistan will present Turkey with many challenges, it will also create new opportunities. After the end of the conflict in Nagorno-Karabakh six months ago, Turkey has pushed to carve out influence in Central Asia and position itself as an alternative to Russia among Turkic states. The Turkic Council, an intergovernmental agency formed in 2009, has been an important diplomatic umbrella for increasing solidarity and cooperation amongst Central Asian States and Turkey. By 2040, Ankara’s aim is to create an economic union amongst Turkic Council member states. Sources say Afghanistan has formally applied to the Turkic Council for observer status. Turkey’s growing influence in the region also intersects with one of the major arteries of China’s Belt and Road Initiative. An increased presence and a bigger future diplomatic role for Turkey in Afghanistan will definitely have a synergistic effect on Ankara’s broader Central Asian policies.

The Turkish offer to secure and operate Hamid Karzai International Airport should not be seen in isolation, but as a larger effort to extend Ankara’s influence throughout the region. Broader Central Asia aspirations certainly come into play here, and a positive reception within NATO must surely have been part of the considerations. This will be a tough mission for Turkish forces and their partners and, regardless of its larger purposes, is one of the few examples of positive news emerging of late from Afghanistan.

In the absence of credible security measures, there is a need for a strong military presence at the airport,  if for no other reason than to ensure diplomatic contingents remain within Kabul. It is unlikely that countries would maintain embassies with only an Afghan or commercial security ring around the airport, at least until the post-withdrawal situation on the ground is clarified. Turkey will be able to bridge that uncertain period and in doing so can mitigate much of the risk. And, despite the counterarguments, it may be the only option.

Tanya Goudsouzian is a Canadian journalist who has covered Iraq and Afghanistan for over fifteen years. She is the former Opinion editor of Al Jazeera English Online. Follow her on Twitter: @tgoudsouzian.

Image: An Afghan National Army Non-Commissioned Officer recruit marches with the national flag during a parade marking a graduation ceremony at the Turkish-run Camp Ghazi in Kabul​.