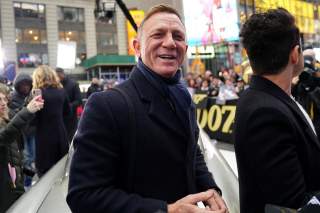 The U.S. military has an interesting history of “James Bond” cars. From the Cold War to the War on Terror, various custom civilian-looking cars have been used by the military in different roles. But in 2018, U.S. Special Operations Command (SOCOM) announced that it was looking for a purpose-built non-standard commercial vehicle, called the PB-NSCV, to replace the current fleet of souped-up pickup trucks used by special operation forces across the Middle East. The final selection of a design is set to occur in 2020.

But what features will these vehicles have? What advantage will a purpose-built vehicle have over modifying existing vehicles?

The basis of the PB-NSCV will be a shared chassis that is able to accept modular armor and body components to visually resemble common vehicles seen in Central Asia, namely Toyota Hiluxes and Toyota Land Cruisers. This will allow for easy maintenance on a common military supply line, without having to rely on commercial supply chains. Presumably, a clean-slate design would also allow for better integration of armor and other military features onto the chassis as well.

While the modular armor of the PB-NSCV will probably not reach the same level as proper armored vehicles like the JLTV or various MRAPs, the PB-NSCV is expected to have adequate levels of protection against small arms fire. While exact specifications are not listed, it’s reasonable to assume that the PB-NSCV will be armored up to 7,62x54R rounds, as 7,62-caliber machine guns are very common threats on any battlefield. However, it’s unlikely to have significant mine-resistant features, as mine-resistant designs generally feature a v-hull, which is hard to conceal. Run-flat tires are also planned to be included in the PB-NSCV design.

Other features of the PB-NSCV can be inferred from those fitted to current non-purpose built non-standard commercial vehicles. Hiluxes in use by US Army Special Forces are often fitted with multiple weapon mounts for grenade launchers and machine guns. The PB-NSCV will likely have these as well, though they will probably be able to be hidden or stowed away when not in active use. Winches are also standard equipment for navigating harsh terrain, and a powerful winch is likely to be an integral part of the PB-NSCV chassis.

Finally, the PB-NSCV is designed to be logistically easy to move. Tiedown points for securing it to aircraft are said to be integrated into the chassis, and the PB-NSCV will light enough to be moved by most cargo aircraft.

The PB-NSCV concept promises to be a significant upgrade in mobility, payload, and reliability for American special operations forces. But modularity in vehicles can lead to problems. The Russian military explored a similar concept with the GAZ Vodnik, which was a shared chassis on which different shells could be mounted for different roles. While the Vodnik wasn’t trying to emulate civilian vehicles, it was ditched in favor of the more traditional GAZ Tigr. Making a truly modular chassis that plays well with all the shells is easier said than done, and given the lack of news on PB-NSCV, the project may be delayed for another year.