Why the U.S. Navy Loved the F-14 Tomcat (And Iran STILL Does) 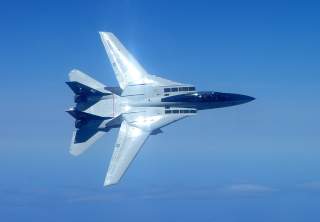 The Tomcat did prove itself to be one of the great American fighters of its era—in the hands of both the U.S. Navy and the Iranian Air Force.

(This first appared several years ago.)