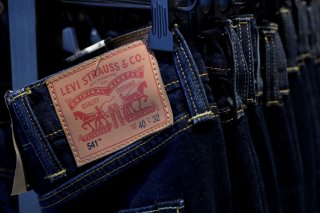 Today it isn’t possible to visit a shooting range without seeing at least a few guys decked out in “tactical clothing,” and this Spec-Ops look has become quite fashionable for sport shooters, hunters and even for just doing some work around the yard. That’s because this gear is made to nearly—if not quite—the same level as what actual Special Forces warfighters now wear in the field.

However, quality clothing that could stand up to the rigors of covert missions and still be comfortable for hours or days on end, simply wasn’t always available. That’s why in the early days of the highly elite U.S. Navy SEALs they made do with what was available.

During the CIA-sponsored Phoenix Program in Vietnam in the early 1960s, the SEALs found that the standard issue battle dress uniform wasn’t exactly up to the task, and the olive drab uniforms didn’t quite blend in as well as they could.

So, the SEALs soon adopted locally-sourced “tiger stripe” camouflage along with blue jeans! As Esquire noted it wasn’t just a fashion choice, “Navy SEALs chose Levi’s 501 to dampen sound as they moved through water and camouflage field shirts to hide themselves amongst the foliage.”

The blue jeans were durable and comfortable, but the pants that are now worn around the world have had a long connection to the U.S. Navy—but they weren’t called “jeans,” but rather “dungarees.”

The term was first mentioned in seventeenth-century pre-colonial India, where it referred to a cheap, coarse, thick cotton cloth that was often colored blue. The Hindi name for this cloth was “dungri,” apparently named after the dockside village of Dongri in the Bombay region. By the eighteenth-century, the East India Company began to export this fabric to England, where it took on the name “dungaree.”

A similar type of work pants became popular on the American frontier as the country moved westward, and legend has it that tailor Jacob Davis and San Francisco merchant Levi Strauss developed and patented what would become known as blue jeans. However, prior to World War II these were mostly worn as durable work pants used by gold miners, as well as by workers on farms and in mills and factories.

It was in 1901 that the United States Navy adopted a utility uniform that included denim dungarees. These were still bell-bottom pants, and certainly didn’t have the shape or curves of more fashionable “designer jeans,” but in everything but name these are pretty much “blue jeans.”

From the photographic evidence it appears that those Navy SEALs who donned the jeans in Vietnam weren’t wearing the Navy issue utility uniform, but rather likely were rocking their Levis or other brands of the day. In the end it was what got the job done.

Peter Suciu is a Michigan-based writer who doesn’t own a single pair of jeans. He has contributed to more than four dozen magazines, newspapers and website. He is the author of several books on military headgear including A Gallery of Military Headdress, which is available on Amazon.com.