Why You Can't Mess with the Bradley Fighting Vehicle 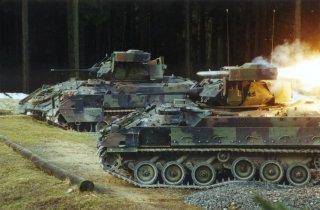 While it has been in service for nearly 40 years the M2 Bradley Fighting Vehicle (BFV) has often been described as a fighting platform no one wanted or really needed. It had a protracted development history that began in the early 1960s just as the M113 Armored Personnel Carrier (APC) was entering service.