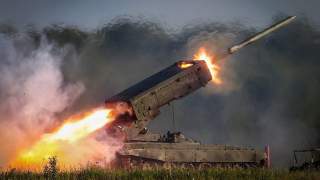 The goal is to use incendiary weapons – devastating physically and psychologically – to clear enemy troops from cities, bunkers and tunnels.

Calling these weapons “flamethrowers” seems a bit of a misnomer. Rather than the backpack-and-nozzle units carried by foot soldiers in World War II, Russia will be using the new TOS-1A Solntsepek (“burning sun”) a multiple rocket launcher – mounted on a T-72 tank chassis – that fires thermobaric rockets. These weapons mix mix fuel and  air in a cloud that, when detonated, creates massive heat and pressure effects. Russia has reportedly used the older TOS-1 Buratino in Syria.

The U.S. military has moved away from the flamethrowers and napalm bombs used during World War, Korea and Vietnam, though there are reports that the M202A1 FLASH – a handheld bazooka-like incendiary rocket launcher – has been used in Afghanistan. However, flame weapons are an integral part of the Russian arsenal.

One complication with using thermobaric weapons is international law. While these weapons are not expressly prohibited, Human Rights Watch argues that they are so indiscriminate that they would kill not just soldiers, but any civilians in the target zone. Fuel-air explosive also inflict horrific injuries, crushing their victims or crushing their internal organs. 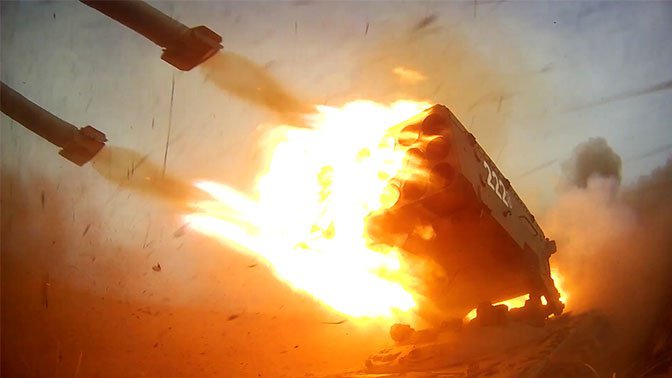 Russian military newspaper Red Star asserts that thermobaric weapons reflect Russia’s willingness  to conduct assault operations such as storming fortified towns, in contrast to the Western approach of using precision weapons for mobile battles. “The Americans assumed that wars will become contactless - light mobile infantry will conduct in-depth raids under the cover of aircraft,” Red Star said. “They considered assault operations to have receded into the past. As a result, in Viktor Murakhovsky’s words, they spent a year for the seizure of Iraq’s Mosul and the storming of Syria’s Raqqa was dragged out for four months. In the process, the cities were completely destroyed by aircraft.”