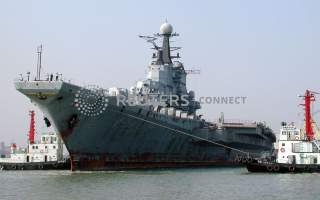 Key Point: The former Soviet carrier was supposed to become a floating casino. However, it was all a part of a secret scheme for Beijing to get its hands on a flat top.

This piece first appeared several years ago and is being republished due to reader's interest.