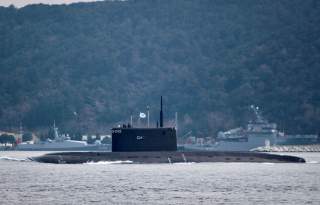 Key Point: Moscow's loss of the K-8 and its weapons was a harsh lesson. Every navy has had to learn how to properly maintain its fleet and keep its nuclear weapons safe.

Robert Farley, a frequent contributor to TNI, is author of The Battleship Book. He serves as a Senior Lecturer at the Patterson School of Diplomacy and International Commerce at the University of Kentucky. This piece first appeared in 2016 and is being republished due to reader's interest.