Will America Be Ready for Mail-In Voting by the November Presidential Elections? 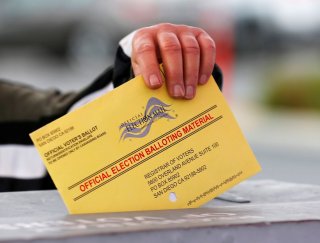 When Wisconsin voters and officials sought to adapt the state’s spring elections to better observe social distancing guidelines, the U.S. Supreme Court refused. One of the changes state officials had asked for was extra time so voters could cast their ballots by mail.

The coronavirus outbreak is set to last for months or even years. What will that mean for the elections – including the presidential one in November – that are on the way?

Calls have come from many quarters, both Democratic and Republican, to let all Americans vote by mail.

The Constitution gives the states the primary responsibility for running elections. Some states are more ready for mail-in voting than others – though congressional action could resolve the matter nationwide.

5 states are already there; many more are close

Colorado, Hawaii, Oregon, Washington and Utah already have full “vote-by-mail” systems. In the weeks before an election, election officials mail a ballot to every registered voter. Voters can choose to vote in person if they wish, but the vast majority vote remotely by either mailing in or dropping off their ballots.

And 28 states and the District of Columbia allow what is called “no-excuse absentee voting.”

Under this rule, any registered voter can request an absentee ballot be mailed to them ahead of Election Day. Most states allow voters to apply for them online or by mail.

Voters receive the ballots by mail, along with a self-addressed, pre-stamped return envelope. They then fill out the ballot and mail it back, or drop it off, to election officials, who then tally the ballots as if they had been cast in person.

None of these places would need to change their laws so that every voter could cast a ballot by mail in November.

But in Washington, D.C., and the 28 “no-excuse” states where voters have to apply for absentee ballots, election officials would have to prepare to handle a much larger number of applications – and to process the ballots once they’re sent back.

This would likely mean purchasing more blank ballots and envelopes, as well as buying or relocating vote-counting equipment, and assigning more staff to handle the paperwork involved.

Some states have strict rules

There are 17 states that restrict who can get an absentee ballot. They typically require voters to sign a statement certifying that they are ill or elderly, will be out of town, or will otherwise be unable to cast a ballot in person.

At least nine of those states – Alabama, Delaware, Indiana, Louisiana, Massachusetts, New Hampshire, New York, Virginia and West Virginia – have already loosened their rules to accommodate the public desire to follow social distancing recommendations, at least for upcoming state, local and primary elections. It is not yet clear whether those eased restrictions will continue to apply for the November election.

The other eight states in this group could loosen their rules too, by an order from the governor or the state’s top election official, or through a legislative change, depending on their situations. A Texas court has recently ordered such a change in that state, though the state’s Republican attorney general has said he will appeal.

However, most states have suspended their legislative sessions in the face of the outbreak. They might need to reassemble or devise a means for passing legislation remotely to make those changes.

Despite all these state differences, it is possible that the coronavirus pandemic will prompt Congress to create a set of rules that apply nationwide. Congress has done this in the past regarding the scheduling of federal elections, voter registration rules and other aspects of election processes.

One such bill, introduced by Democratic Sens. Amy Klobuchar and Ron Wyden, would require every state to allow no-excuse absentee balloting by mail for federal elections.

Although a Democratic bill, vote-by-mail has support among Republicans too, and is in use in red states as well as blue ones. Despite claims to the contrary by some, there is no evidence that vote by mail would substantially favor either political party.

Federal laws would not require states to conduct state or local elections by mail, but most states would likely follow suit because it would be much easier to conduct the concurrent state and local elections by the same processes. That would allow more people to decide for themselves how to best protect their health, while also participating in the most fundamental part of a democracy – an election.