Will Brazil's Taurus G3 Be The Handgun That Kills The Glock 19? 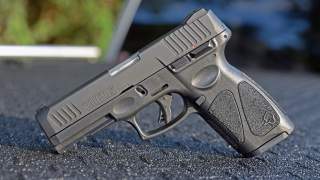 Key Point: The G3 is a little longer, a little taller, a little heavier, and a little wider than its competitors.

Kyle Mizokami is a defense and national-security writer based in San Francisco who has appeared in the Diplomat, Foreign Policy, War is Boring and the Daily Beast. In 2009 he cofounded the defense and security blog Japan Security Watch. You can follow him on Twitter: @KyleMizokami. This article first appeared earlier this month.