Will China Rule 5G Wireless? Can America or Europe Do Anything About It? 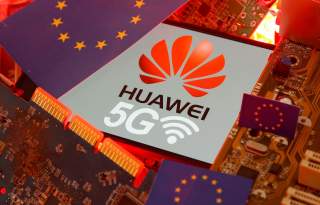 Last week’s Munich Security Conference (MSC) heralded several positive developments on China and Huawei, but also a depressing stalemate on specific actions. According to Tufts University’s Daniel Drezner, a keen observer who attended the conference, for the first time China dominated the discussion in the formal sessions as well as the side panels: “#MSC 2020 was all about ‘China, China, China’.” He argues that a “consensus” on the China threat is clear and that this could provide the “first step in forming transatlantic cooperation.”

A second striking reality, underscored at the MSC, is the strong bipartisan congressional support for challenging Beijing and a hard line on Huawei and 5G wireless. Members of Congress from both parties attended the conference, including Speaker of the House Nancy Pelosi (D-CA). Given the poisonous partisan Washington environment and the venomous personal relationship between the speaker and President Trump, Pelosi’s powerful affirmation of the need to counter Huawei and potential Chinese domination of 5G set the world on notice that the US is politically united.

Indeed, Pelosi’s statements were at least as strong, if not stronger, than the Trump administration’s language: “Allowing the Sinification of 5G would be to choose autocracy over democracy.” Further, should 5G development fall under the control of an “anti-democratic government,” it could result in the “most insidious form of aggression . . . [the danger was] so predictable that I do not know why it is not self-evident.”

Unfortunately, there were also downsides to what transpired in Munich. While there may be a consensus regarding the threat of China, there is certainly no consensus yet about how to handle Huawei’s emergent dominance as a manufacturer of 5G baseline equipment. Key European countries — Germany, France, and the UK — still seemed determined not to ban the company completely from 5G rollout. And, as noted in previous blogs, these countries are still hiding behind the dubious security “compromise” of allowing Huawei technology only in peripheral components of their 5G networks.

At the MSC, Secretary of Defense Mark Esper reiterated prior warnings, stating: “If countries choose to go the Huawei route, it could well jeopardize all the information sharing and intelligence sharing we have been talking about, and that could undermine the alliance, or least our relationship with that country.” Yet after all the public threats, the US still is sending mixed signal about how far it is willing to go. After Prime Minister Boris Johnson defied the US and announced that Huawei equipment would be allowed in a portion of the UK’s 5G rollout, Secretary of State Mike Pompeo assured the UK that the special relationship between the two countries was “not at risk.”

There are certainly strong arguments against weakening the sharing of intelligence among the US and its closest European allies. But the Trump administration must decide soon — contacts for 5G baseline equipment are being signed each month — whether the security peril presented by Huawei is worth the risk to a common intelligence defense against authoritarian regimes such as China and Russia.

After the supposedly crucial MSC, we are left without answers — and without a coherent administration response to the Beijing/Huawei challenge.

(For more analysis on the administration’s fumbling attempts to find an alternative to Huawei technology, see my recent blog.)