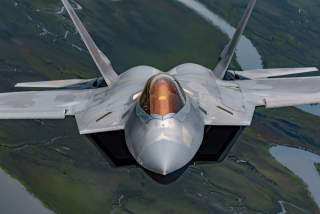 President Trump unveiled his newest federal budget by reneging on the deal he just made with Congress last summer. This break nullifies the deal and ensures his spending blueprint is dead on arrival on Capitol Hill.

This might play well with the base, but it could wind up hurting defense. Pentagon leaders repeatedly pointed out this week that because their budget has begun its slow decline, it is more important than ever to receive the funding on time.

Getting spending bills signed into law by October 1 has proven very hard for Congress the past five years in particular. Presidential election years only make it harder. Pres. Trump’s gambit seems likely to guarantee the military will not get the on-time funds it needs.

The defense budget already took a hit as part of the two-year deal for all discretionary spending. A falling topline combined with an ambitious agenda to make cuts inside defense to reinvest in the strategy mean belts have tightened at the Pentagon.

Big winners at the standout investments for the Pentagon next year include:

Some of those R&D increases are for artificial intelligence, cyber, hypersonic weapons, microelectronics/5G, networking and command-and-control, and IT services and systems.

This realignment of the defense portfolio was significant, and there were many budget casualties. Losers include military construction projects, maintenance of base facilities and buildings, new ship construction, legacy fleets of Air Force aircraft like the B-1 bomber and aerial refueling tankers, and Army vehicles.

The Pentagon has realized flat budgets don’t allow for simultaneous robust investment in the three-legged stool of readiness, modernization and buying the future. This highlights just how deep the readiness hole was across the services and how long it will take to dig out. It also continues the trend of taking risk in the near and medium-term to buy out the future.

This so-called “barbell investment strategy” is one that preferences the “weights” of the military’s imminent needs and its anticipated yet distant high-tech wars of the future. This barbell investment strategy has guided defense spending choices and trade-offs during the past two decades of investment, regularly ignoring or minimizing the “long bar” of steady-state presence and deterrence missions that comprise the bulk of daily U.S. military activity.

This approach takes too much risk while failing to build in sufficient slack to create adequate operational and strategic reserves. It leads to greater acquisition risk by attenuating or truncating proven equipment programs and upgrades on hot production lines in favor of ambitious and lengthy development of new weapons. Policymakers tend to ignore the porridge bowl that is “just right.”

One headline in particular sums it all up: “The U.S. Navy wants more ships but can’t afford them, admiral says.” Congress is already up in arms about the paltry shipbuilding request this year and inclined to help the Navy. But the money will likely have to come from other naval and sister service priorities for any bump up.

Congress has met its match, however, with a commander-in-chief who pronounced the job is essentially done. At last week’s state of the union address, Mr. Trump triumphantly proclaimed that the U.S. military is “completely rebuilt.”

But the Secretary of Defense Mark Esper has been much more calculated in his take on the state of the fighting force. In two memos last month, Dr. Esper said the Pentagon was just “beginning to modernize” its capabilities to match the strategy.

He was clear that savings from reforms, cuts, retirements, and stretching out programs were “only a down payment” on what’s required for competition with China. Indeed, Esper was crystal clear in one note stating that competition and the preparation for high-intensity conflict against a high-end competitor " is expensive."

Repairing the military’s foundation after two decades of war on top of a peace dividend and procurement holiday is taking longer than expected. One reason is the ten-year Budget Control Act spending handcuffs; another is the 1,000 days of continuing resolutions (or spending freezes) for varying lengths of time over the past decade.

The military has to restore and refresh its combat power at the same time it rebuilds readiness and invests in technology. The current budget will not get there, however, and Congress will be exceedingly frustrated. Maybe the president’s deal-busting ways can be turned into a net positive by negotiating a few more dollars for defense in 2021.