Will the Coronavirus Pandemic Postpone the Tokyo Olympics? 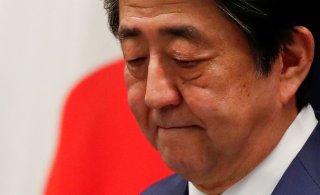 As the coronavirus pandemic has spread from China to more developed nations, numerous events in sports, theater, leisure, and politics have been canceled or postponed due to the fear of the virus spreading through a mass crowd. While Japan’s outbreak has been minimal, it appears increasingly likely that the Summer Olympics in Tokyo this July will be postponed as well.

“Postponement isn’t our first course of action but we cannot not consider it as a realistic option either,” said Yoshiro Mori, President of Tokyo’s Organizing Committee.

The International Olympic Committee has ruled out the possibility of a complete cancellation and has given itself a four-week window to conclude whether or not a postponement is necessary. In the modern history of the Olympic games, only three were ever canceled: 1916, 1940, and 1944, all due to world wars.

“If it is difficult to hold [the Games] in a complete way, a decision of postponement would be unavoidable as we think the athletes’ safety is paramount,” said Prime Minister Shinzo Abe. Japan was selected to host the 2020 Olympics back in 2013, and the country has spent at least $12.6 billion organizing them.

Despite being one of the first countries impacted by coronavirus as the disease left China, Japan has been one of the least affected. There has been no national lockdown, as seen in countries like Italy and increasingly the United States. Restaurants remain open and public transportation remains crowded. The most disruption that has occurred is school closings and the cancellations of large events.

Not including the infected aboard the Diamond Princess Cruise ship, Japan’s number of positively identified cases is 1,046 with a death toll of 41. This is a fraction of the number of infected in neighboring South Korea.

Japanese officials say their low rate of infection is because of a fast and efficient response that identified clusters and contained them before they could spread. This is likely one of several reasons, including the Japanese government receiving warning signs from China before the western world was paying attention to the virus. In addition, Japanese greetings include less physical touching and handwashing rates among the Japanese being higher than their European counterparts.

While the situation in Japan might be brighter, in other parts of the world, countries are already taking preventative measures to protect their athletes. Gyms and training facilities have been closed by numerous participants. Canada and Australia have said they will not be sending their athletes to Tokyo this year and have requested a one-year postponement. USA Swimming and USA Track and Field have also called for the Olympics to be pushed back to 2021.

The inability to host the Olympic Games on time would be very demoralizing for the Japanese government, which has been insisting for weeks that they will be held on schedule.