Will Europe's Dream of A Super Advanced Stealth Fighter Ever Come True? 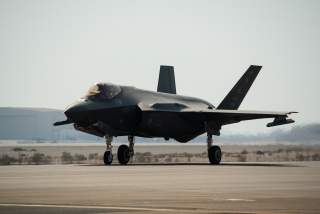 There have been numerous weapons that are the fruits of European cooperation, such as the British-German-Italian Tornado jet, or the Franco-German HOT anti-tank missile. Yet Britain, Germany, Italy and France have their individual main battle tanks.

(This article first appeared in January 2019 and is being republished due to reader interest.)