Will Health Leaders Rewrite History Over the Coronavirus? 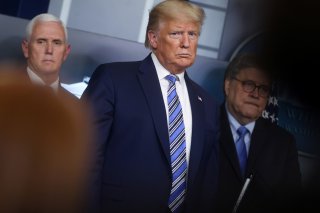 So the coronavirus turned out to be worse than almost anyone expected. Two months ago I thought it was being overhyped, but, as cases and deaths rise, I realize I was wrong. The biggest mistake I and others made, was that although the mortality rate certainly isn’t that high under normal circumstances (maybe 0.5 percent — although we are far from certain), the novelty of the virus means health systems can be overwhelmed. As a result of this, the mortality rate rises. Secondly, we assumed that only symptomatic patients could be a vector for the disease, whereas it is now obvious that asymptomatic transmission may be the most important driver of COVID-19.

But we could be forgiven since health leaders have made some silly mistakes and a foreseeable error — without a baseline understanding, forecasts of almost anything are little more than guesswork.

We might look back and see that the CDC monopolizing testing in US and refusing to undertake a stratified random sample of several populations were the biggest mistakes in the unfolding fiasco.

But hindsight is a luxury and being honest with most informed commentators’ failures is important. The political fallout from COVID-19 may be significant. In the United States, it could cost President Trump the election.

The UK has similar issues with a prime minister widely disliked by much of the media and health professionals. Which is why it is important to point out political grandstanding and lying when it occurs.

Dr. Richard Horton is the editor of the respected journal The Lancet. On the BBC this week he said the following about COVID-19: “This is a national scandal. We knew in the last week of January that this was coming. The message from China was absolutely clear that new virus with pandemic potential was hitting cities.”

“A call for caution please. Media are escalating anxiety by talking of a “killer virus” + “growing fears”. In truth, from what we currently know, 2019-nCoV has moderate transmissibility and relatively low pathogenicity. There is no reason to foster panic with exaggerated language.”

Politically motivated revisionism, especially by increasingly hard-left health commentators, must be called out.

Learn more: Severe quarantines can make sense to those familiar with disease | The medical capacity gap is our economic problem | Fake news and COVID-19

This article written by Roger Bate was first published by American Enterprise Institute.