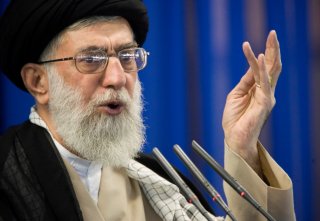 Ten months into President Joe Biden’s administration, a major foreign policy priority is still on his “to-do” list: restoring the Joint Comprehensive Plan of Action (JCPOA), or nuclear deal, with Iran. The reasons for this delay are many, with Iran’s June election that delivered a new hardline president in Ebrahim Raisi at the top of the list. But, as former Obama administration senior aide Ben Rhodes recounted last month, the Biden administration has also “not chosen to prioritize this at [the] nexus of politics and national security.” The result has been an escalating diplomatic stand-off as Iran’s nuclear program advances and a worsening humanitarian crisis for the Iranian people.

What could Biden do differently? As forty-seven organizations—including J Street, Miaan Group, National Iranian American Council, Truman Center for National Policy, Quincy Institute for Responsible Statecraft, and Win Without War—just wrote in a letter to the president, Biden should pursue goodwill gestures aimed at helping the people of Iran combat Covid-19.

While it is apparent to many in the United States that Biden is pursuing a different approach than his predecessor, the picture is less clear on the ground in Iran as all of Trump’s sanctions remain in place despite the ongoing pandemic. This is why the letter recommends Biden take serious steps to improve the humanitarian situation, including ensuring that sanctions do not inhibit Iran’s vaccine procurement, authorizing restricted Iranian assets to be made available for humanitarian purchases, opening up clear humanitarian channels, and supporting the growing population of Afghan refugees in Iran.

As the organizations wrote, “Even if these measures do not break the deadlock in the negotiations, the U.S. will still have taken important steps to combat the pandemic, build goodwill with the Iranian people and demonstrate to the world and our partners the true values that inform U.S. foreign policy -- upholding our commitments and supporting a population as it suffers under a repressive government and global pandemic.”

Further, there is ample reason to believe that such goodwill gestures could significantly help the nuclear negotiations. Iran’s government appears divided between pragmatic conservatives who want the benefit of sanctions relief, albeit on their terms, and hardliners opposed to any engagement with the West. Right now, it appears that the pragmatists have the upper hand in Iran’s internal debate as Iranian diplomats have said that negotiations to restore the JCPOA will resume later this month. While the prior six rounds of nuclear negotiations made significant progress, there are substantial hurdles in the way of a final agreement—including the indirect format of negotiations, ongoing Iranian detainment of imprisoned dual nationals, and continued insistence from Republican legislators and presidential hopefuls that they will kill “any deal” with Iran.

Right now, Iran has ample reason to doubt that Biden would follow through and deliver relief from sanctions, and the pragmatic camp in Iran has little to point to suggest otherwise. Showing goodwill in an area that is mutually beneficial to both the United States and Iran—combating Covid-19—would further demonstrate U.S. sincerity in resolving the stand-off and build momentum to finalize a deal. It also fits how the Obama administration created a breakthrough in the nuclear talks that led to the interim nuclear deal, known as the Joint Plan of Action (JPOA). It was not rigid U.S. sanctions that created the diplomatic opening, but flexibility on the topic of Iranian enrichment along with concrete offers of sanctions relief. While the terms of the deal are relatively inflexible this time, offers of sanctions relief can be made more tangible via up front movement.

The Biden administration has ample justification to undertake such steps, including the national security imperative of fighting Covid-19 across the globe and consistent humanitarian exemptions built into congressional legislation and executive orders alike. Last month, the Treasury Department also completed a sanctions review that focused on ensuring that humanitarian trade can flow. Now, the Biden administration should put those plans into action. Doing so would be a win-win for both U.S. national security and the global fight against Covid-19. There is no reason to delay.