Will Killing Al-Baghdadi Give Trump a Boost in the Polls? Not for Long. 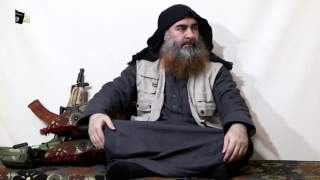 After former Islamic State Group leader Abu Bakr al-Baghdadi was killed in a U.S military action, speculation began on whether or not President Donald Trump would get a boost in public opinion surveys as a result.

My political science research with my students shows that presidents do enjoy a short-term poll boost after foreign policy raids and capital city captures.

However, that’s often followed by a long-term decline.

A Closer Look at the Polls

Supporters of the diversionary theory of war, known in the media as the “Wag the Dog” effect, contend that presidents can boost their approval ratings in the polls by fighting a war abroad.

In other words, they benefit from a burst of patriotism during the conflict.

But international relations scholars Bradley Lian and John R. Oneal tested this theory by looking at conflicts from 1950 through 1984 and found scant empirical support for this hypothesis.

My students and I considered 12 cases to determine whether presidents benefit at the polls from conducting raids involving the capture of a leader, seizure of a capital city or an attempt to rescue hostages, and how long that support can be expected to last.

The events we looked at included the surrender of Manuel Noriega in January of 1990; the apprehension of Saddam Hussein in 2003; and the killing of Moammar Gaddafi in 2011.

We looked at polls conducted by the Gallup Polling Presidential Job Approval Center, calculating an average of three presidential approval polls taken before the foreign policy event, and the mean of the first three polls issued after the case.

Our results show that in 75% of cases, the U.S. president received a boost in the polls shortly after a foreign policy raid or capital capture.

But the jump is short lived. In 83% of cases, presidential approval declined over the next several months. In seven cases, it fell by more than five percentage points from the initial poll boost.

For example, President Donald Trump insisted that al-Baghdadi’s death was a bigger deal than the raid that killed Osama Bin-Laden. That May 2011 event was widely credited with sealing President Barack Obama’s reelection the following year.

That credit may have been misplaced. Our evidence shows that Obama’s approval ratings had declined to 45% by December of 2011.

Thus, if history is any guide, I expect that Trump may have higher approval ratings in the coming days but shouldn’t count on better polls over the next several months.