Will the MyPillow Guy Run Against Ilhan Omar? 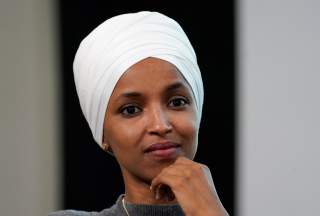 MyPillow CEO Mike Lindell addressed rumors that he is planning to run for office in his home state of Minnesota, perhaps against Democratic Rep. Ilhan Omar, on “Fox & Friends” Friday morning following comments he made earlier in July.

“Well, the answer is not at this time. That was kind of taken all out of context but I did say if — if the Lord wanted me to run, I would run…” Lindell, an outspoken Trump supporter, said. “I would love to do it. But I’ve got such a big platform going on right now, and I want to help the president help turn Minnesota completely red, and get the right people in office that are going to just help our state to be one of the amazing states in the country.”

The “Fox & Friends” hosts pressed Lindell on whether he would challenge Omar, whose politics he has described as “horrific” on the Sara Carter Show earlier in July.

“There’s things going on you don’t even see. And I will tell you this, I’m going to do so much in Minnesota over the next year and a half, you won’t even see any blue,” he told Carter.

Lindell was reluctant to speak about his opposition to Omar’s politics on “Fox & Friends,” choosing only to criticize her “going against Israel” as something against his Christian values.

The entrepreneur also plugged his forthcoming book “What Are the Odds: From Crack Addict to CEO” on “Fox & Friends.”

Lindell has been an outspoken supporter of President Donald Trump because of the president’s record on the economy. The former crack cocaine addict discusses how he uses his business to give others “second chances” during an interview with the Daily Caller News Foundation in October.