Will The Navy's Littoral Combat Ship Ever Be More Than A Waste Of Money? 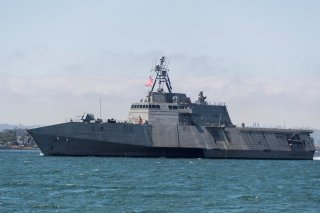 Here's What You Need To Remember: In contrast to the LCS in its original guise, the new frigate will be a conventional vessel with a large crew and hard-wired systems. The Navy surely hopes the new vessel is more deployable than the LCS has proved to be. A warship that can’t leave port hardly qualifies as a warship.

David Axe serves as Defense Editor of the National Interest. He is the author of the graphic novels  War Fix,War Is Boring and Machete Squad. (This first appeared earlier in 2019.)