Will the NPT Survive Russia’s Invasion of Ukraine? 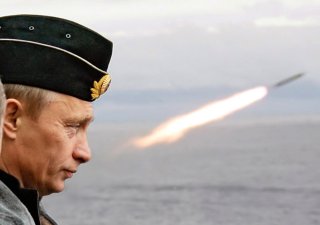 Regardless of who prevails, Russia’s invasion of Ukraine will have far-reaching repercussions that extend way beyond a violation of Ukraine’s territorial integrity. The current war in Ukraine is a blatant assault on the rules-based legal order and will have major detrimental implications for international peace and security. Unless the obligations and restraints of the rules-based international order are observed, the world will return to a disorder where only power—not rules and law—count. Nowhere is this more critical than in preserving and enforcing the legally bound nuclear non-proliferation norm.

That norm is enshrined in the Nuclear Non-Proliferation Treaty (NPT)—perhaps the most critical multilateral agreement in the current world order for the survival of humanity. Coupled with a multitude of subordinate legally and politically binding agreements, in which nations abstain from developing and acquiring nuclear weapons and stop non-state actors from acquiring such weapons, the NPT has effectively reined in further nuclear proliferation—for now. In return for signatories’ pledges to not pursue nuclear weapons, the five nuclear-weapon states (Russia, Great Britain, China, France, and the United States) have agreed to pursue eventual disarmament and assist in the peaceful uses of nuclear energy.

Further, in subsequent statements, each of these five “great powers” also provided “negative and positive” assurances that they won’t use or threaten to use nuclear weapons against the non-nuclear world and will come to the aid of any non-nuclear state that is attacked with nuclear weapons. Obviously, given the breathtaking number of politically and legally binding agreements, statements, and the like that have been violated by Russia’s aggression, it would be dangerously foolish to plan one’s security based on such promises.

Thus, if the rules-based legal order and its subordinate non-proliferation norms are teetering and at risk of imminent collapse, what to do? Worryingly, it will be exceedingly difficult to stop other nations from starting their own nuclear arms race. After all, with today’s technology (and the rapidly developing technology of tomorrow) all that’s needed now to build a weapon of mass destruction is, conceivably, a credit card, a shopping list, and a personal computer with access to the internet!

Admittedly, nuclear bomb materials are difficult to acquire but the International Atomic Energy Agency (the nuclear watchdog) reports dozens of attempts every year to acquire these materials. It is only a matter of time, especially with outliers like Iran who, upon possessing nuclear materials, could use, threaten to use, or easily provide such a weapon to a terrorist group. NATO ally Turkey and partner Saudi Arabia have already indicated their intent to develop a nuclear weapon capability, for example. Who could be far behind as trust wanes in major powers’ promises to follow through on their security commitments? One only need to look at what’s happening to Ukraine.

Consequently, Ukraine signed and ratified the NPT as a non-nuclear state in 1994. In exchange for full denuclearization, Washington, Moscow, and London agreed “to respect the independence and sovereignty and the existing borders of Ukraine.” Russia further reaffirmed its “obligation to refrain from the threat or use of force against the territorial integrity or political independence of Ukraine.

This was followed up with a legally binding “friendship” treaty between Ukraine and Russia in which both agreed to “… respect each other’s territorial integrity and confirm the inviolability of their common borders.” Vladimir Putin quickly showed how much he respected these legally binding obligations by invading first Georgia in 2008 and then Ukrainian territory (Crimea) in 2014.

Much to its misery, Ukraine learned that without enforceable and agreed rules and the political will to do something about it, smaller nations have little recourse or remedy to the whims of larger powers. They may endeavor to ally with middle or other great powers but, absent respect for the rule of law and a rules-based legal order, they remain essentially cannon fodder.

Middle powers not protected by larger alliances such as NATO have learned three simple lessons. First, it is good to have nuclear weapons—either to advance your designs on another country’s territory or to deter an attack. Second, it is not good to give your weapons away without something more than a promise of peace. Third, it makes little sense to rely on conventions, treaties, memoranda, assurances, and other statements—even if they are fully ratified, legally binding, and supported by the governments of the world’s most powerful countries.

After all, in the new world disorder, major powers can reinterpret these promises to serve their own parochial interests while using the NPT as a stick to keep others from acquiring such weapons. For many countries, the commonsense lesson will be to follow a wiser policy than Kyiv did when it gave away its warheads and nuclear material.

It is hard to imagine a more terrifying prospect than Russia detonating a nuclear weapon in Ukraine or, worse, on a NATO ally, escalating the current conflict in order to deter NATO from entering the fray. Such an event would require a rethinking of U.S. and NATO deterrence posture while one questions whether that deterrence posture even remains viable. It will also require a fundamental rethinking of our strategic posture; a posture that has so far not stopped Russia’s power and territory grabs.

Nations that continue to honor their legal and political commitments and adhere to the rule of law must build stronger alliances with like-minded states, as the NATO alliance is doing today. They should start by reaffirming the rule of law and the importance of adhering to one’s legal commitments and strengthening and universalizing enforcement measures, many of which should be automatic in response to egregious violations of the current legal order and obligations regarding the proliferation or use of nuclear weapons.

For most nations, the current “new world order” remains strong and pervasive, and much preferable to the autocratic model prepared by Russia and no doubt endorsed by China, Iran, and others who chaff at a rules-based legal order. The cost of aggression must exceed the benefit. It must be made clear that the international community expects a painful and substantial price to be paid for Russia or anyone else’s assault on sovereignty, nonproliferation norms, and a world order where law, not brute force rules. But even if it’s doable, would it be enough? Only time will tell but the alternative would be vastly worse; a chaotic, disordered world where only power prevails.