Will the Omicron Variant ‘Overwhelm the World’? 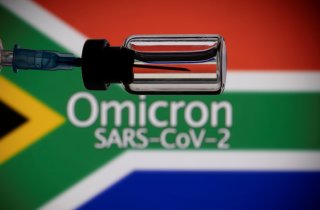 The emergence of the Omicron variant has divided people into optimists, pessimists, and those who are taking more of a wait-and-see approach.

Hoe Nam told CNBC that “frankly, omicron will dominate and overwhelm the whole world in three to six months.” He was also skeptical about a vaccine meant to deal specifically with Omicron.

“Nice idea, but honestly, it is not practical,” he said. We won’t be able to rush out the vaccines in time and by the time the vaccines come, practically everyone will be infected Omicron given this high infectious and transmissibility.”

Not every expert is quite as pessimistic, with others stating that they expect existing vaccines to hold out, at least in the short term. Dr. Syra Madad, told CNBC that existing vaccines “will hold up to a certain extent, with this new variant” and that while immunity will be reduced by “a couple of notches,” vaccines will retain some immunity.

Meanwhile, NPR is looking at the question of where the Omicron variant began. Omicron first appeared in South Africa, triggering travel bans related to that country. But further reports later stated that it had been in Europe before it came to Africa.

Trevor Bedford, a computational virologist and professor at the Fred Hutchinson Cancer Research Center in Seattle, told NPR of the process in which scientists try to pinpoint where viruses come from.

“With Omicron, your closest sequences are back from mid-2020—so over a year ago. That is very rare to see,” Bedford told the outlet. That means that the variant likely evolved from a strain that was more than a year old.

He had a couple of ideas of what may have happened. It possibly came from an animal population until it spread back to humans, or it spread in a relatively unmonitored region, possibly in Southern Africa. Bedford found this scenario “hard to believe” though.

There is a third possibility: perhaps it incubated in someone who was immunocompromised. That means it lived on in a person or for a long time, not killing them but not leaving their body either. This is an angle that NPR examined.

“It creates this kind of cat-and-mouse game where the immune response is chasing and the virus is running,” Bedford told NPR. “And so, over the course of the year, if you look in these individuals, you see, at the end of that time, generally a quite evolved virus.”