Will Russia Soon Have No Aircraft Carriers? 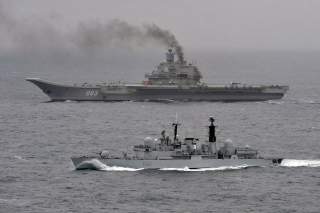 Key point: Moscow does not have the funds or infrastructure to maintain a carrier fleet.