Will Things Get Worse Now That America Closed China's Consulate in Houston? 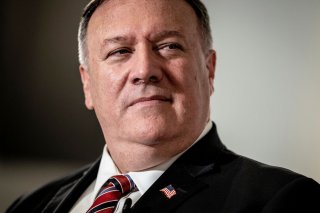 Washington's closure of the Chinese consulate in Houston introduces a new conflict point in U.S.-China relations, but the impact will depend on the narrative and justification for the U.S. decision and whether Beijing retaliates proportionately or further escalates tensions. On July 21, the U.S. government reportedly gave China 72 hours to shut down its consulate in Houston, Texas. The State Department cited the consulate's recurrent violations of U.S. sovereignty, including espionage and influence operations.

The Meaning of the U.S's Motive

Further details will determine whether the decision deviates from the White House's pattern of pressuring China but stopping short of moves that would risk destroying the two countries' phase one trade deal. If it becomes apparent that the United States closed the consulate in response to an immediate security threat, it would indicate a continuation of the administration's more measured approach to Chinese threats in recent months. However, if the move is not linked to particularly egregious activity at the consulate, it may indicate that the White House is adopting a more aggressive posture against Beijing ahead of the November election.

The Range of Chinese Retaliation

China can exercise several retaliatory options ranging from tit-for-tat moves on U.S. missions in China, to more aggressive escalatory actions that would incite further U.S. action. China's foreign ministry has already accused the United States of both violating the two countries' bilateral consular agreement, as well as past harassment of Chinese diplomatic staff and students. The ministry also said the U.S. has imposed restrictions twice over the past year on diplomatic staff and unsealed diplomatic bags without permission, confiscating items.

Beijing is reportedly considering shutting down the U.S. consulate in Wuhan in retaliation, though closing U.S. Hong Kong-Macau consulate (which is located in Hong Kong) received the most votes in a July 22 reader poll conducted by the Chinese state-run tabloid Global Times. Amid already high tensions over Beijing's controversial Hong Kong security law, however, targeting either of the Hong Kong consulates would be on the most extreme end of potential retaliatory actions from China, and could harken a sharp escalation in tensions and possibly the end of the phase one trade deal. Given this risk of further U.S. retaliation, China instead remains most likely to take a more measured response.

What the Closure of a Consulate Could Mean for U.S.-China Tensions is republished with the permission of Stratfor Worldview, a geopolitical forecasting and intelligence publication from RANE, the Risk Assistance Network + Exchange. As the world's leading geopolitical intelligence platform, Stratfor Worldview brings global events into valuable perspective, empowering businesses, governments and individuals to more confidently navigate their way through an increasingly complex international environment. Stratfor is a RANE (Risk Assistance Network + Exchange) company.