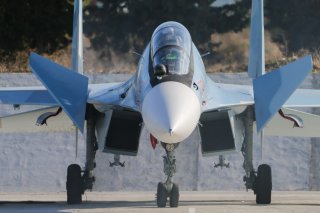 War has broken out in Ukraine, with resonating early impacts that will certainly prove harmful for states and communities near and far from the fighting. The case of Syria is one such context that could witness particularly sudden shifts that can further destabilize the country as world leaders focus much of their attention on the fighting between Kyiv and Moscow. Indeed, early signs suggest Syria could be facing a new increase in hostilities as actors work to advance their interests.

To be sure, and contrary to growing sentiments from world leaders and the media, much of Syria already regularly experiences sustained violence in many forms on a daily basis. The country has remained a hotbed for non-state actor violence and regional and world power competition—especially along the frontlines in northwest Syria (NWS) between opposition groups, in former rebel strongholds like Daraa, and the Syrian Badia between the government and the so-called Islamic State (ISIS).

That said, the patrons of most major armed groups in Syria—barring ISIS and select violent extremist groups—typically keep the violence under relative control. This occurs in no small part because of a deconfliction mechanism in place between the United States and Russia. However, with increased tensions between Washington and Moscow, there is reason to believe that violence in Ukraine and global geopolitical wrangling could spiral into other parts of the world—including Syria.

Already, there have been spikes in violence that appear slightly out of the norm, especially considering the timing. Between March 3-4, Opposition groups based in NWS and backed by Ankara recently began a new round of shelling and sniper attacks on Syrian Arab Army (SAA) positions in Idlib and Latakia, wounding at least twelve SAA soldiers. Additionally, the Kurdish-led Syrian Democratic Forces (SDF) experienced rare clashes with the SAA and pro-government militias in northeast Syria (NES) on March 1, resulting in the deaths of two SDF fighters and two pro-government fighters, as well as two additional injuries on the Damascus side.

This coincided with an altercation between a pro-Iran militia affiliated with Iran’s Islamic Revolutionary Guard Corps (IRGC) and a pro-Russia militia in NES’s Qamishli on March 3. In this altercation, the supposed allies fired on each other following frustrations regarding the latter passing in front of an IRGC headquarters—a clear sign of continued competition between the groups on par with an old-school turf war.

Further, there are new reports of a potentially substantial and imminent ISIS attack on the notorious al-Hol prison in NES. This follows an incident on February 28 in which several ISIS fighters conducted a failed attack in one sector of the camp with suicide vests. While stopped by SDF and Kurdish security forces (Asayesh), the incident raises substantial concerns should an unprecedented attack occur on the overcrowded camp, especially following the ISIS attack on a prison in Hasakah last month.

Again, except for a potentially large attack on al-Hol, such incidents are not necessarily uncommon occurrences in Syria. Ceasefire violations occur nearly daily in NWS and NES is hardly a paragon of stability. ISIS operatives murder individuals in al-Hol on nearly a weekly basis. Iranian and Russian-backed militias compete for influence and control over Syria’s significantly decentralized security infrastructure in ways that suggest higher-level competition for influence in a postwar Syria.

However, in terms of assessing risk and understanding the costs of a new wave of violence in Syria, it is important that world leaders recognize how actions in and around Ukraine ripple into already destabilized parts of the world. Indeed, the Syrian war is arguably one of the most connected contexts to what is happening in Ukraine today.

Considering the understandable and certainly necessary amount of political capital that will need to be expended to address the crisis in Ukraine, actors operating within the Syrian context could choose to re-assess their risk tolerance and try to carve out wider spheres of influence across the state. Already, Iran appears to be doing just this, conducting a meeting this week between head of the National Security Bureau Ali Mamlouk, Syria’s top intelligence official, and Iran’s Supreme National Security Council secretary Ali Shamkhani. The two discussed how “international events” are impacting Syria—surely a nod to the situation in Ukraine

One day later, Syrian president Bashar al-Assad received Ali Asghar Khaji, the senior aide of the Iranian foreign minister, to discuss Iran-Syria cooperation. This coincided with reports of a “quality” Iranian arms shipment being delivered to allies in the Syrian Badia. The terminology here is important as, while Iran often sends arms and supplies to its militias in Syria, some of these efforts are often tempered by both Russia and Israel, who often work to balance each other’s security interests in the country out of respect for good relations. Whether Israel’s criticism of Moscow for its invasion of Ukraine plays a role here remains to be seen but should not be discounted as a possible message. Further, it should be noted that Tehran could be taking advantage of a distracted Moscow to advance its own interests.

To be sure, much of this is difficult to pinpoint as the war in Ukraine is not even two weeks old. It will be crucial to monitor the situation on the ground and how violence coincides with major events in eastern Europe. One point is certain—it would be a mistake to disengage from Syria as bad actors take advantage of global chaos to advance interests that lead to wider fighting in a country that cannot afford a new wave of violence. This goes beyond violence to include forced returns, which Turkey and Jordan and Syria and Lebanon met to discuss this week as well.

In particular, given heightened tensions between Russia and the United States, it will be crucial for the two countries to remain engaged in deconfliction efforts along the Euphrates River. Additionally, intelligence operations should focus on any influx of Iranian arms to Syria, as well as militia movements that could spark renewed fighting in places like Deir Ezzor. Instability in one region cannot be allowed to further destabilize a world already redlining from the situation in Ukraine.