Will this Year's New iPhone Be Delayed Due To Coronavirus? 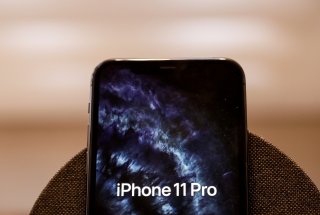 Will the coronavirus pandemic cause a delay in the arrival of this year's iPhone lineup? That question has been on the minds of many who follow the supply chain, from Apple enthusiasts to media to financial analysts who cover Apple.

Nikkei Asian Review is reporting that Apple is "preparing the ground to possibly delay" the 5G iPhone, both because coronavirus is affecting the supply chain and due to the global drop in demand, which could prevent the next iPhone from being a hit. Citing "three people familiar with the matter," Nikkei reported that Apple has been having internal discussions about such a delay, both for practical and strategic reasons. Nikkei quoted one person about the situation using the pronoun "we," indicating at least one of the sources is an Apple employee.

The sources added that Apple will make a final decision in May, and that the worst-case scenario is a delay of the launch to 2021.

At least one analyst agreed with Nikkei's reporting.

"As we have discussed often with investors over the last week we believe the chances for a launch in the September/October timeframe is 'extremely unlikely' and would assign a 10%-15% probability it happens given the lingering supply chain issues that remain across Asia," Daniel Ives, an analyst for Wedbush Securities, said in a note this week. Ives, in addition to the other factors, noted that with Apple employees working from home, the company's engineers are unlikely to be able to travel to China to meet with assembler Foxconn, as they customarily do months before an iPhone launch.

Ives concluded that it's likely the iPhone 5G launch will be delayed from its usual September time frame to the holiday season.

However, not everyone agrees that a delay is inevitable.

Gene Munster, a longtime Apple analyst who is now a venture capitalist with Loup Ventures, published a blog post Thursday in which he cited the Nikkei story, but disagreed with its conclusion, stating that "it’s likely Apple will host a fall iPhone 5G launch."

Munster had several reasons for his conclusion. iPhones, he said, aren't designed in a year, meaning that most of the work on this year's phone was likely done a long time ago. Also, as stated in a Nikkei story earlier this week about Foxconn factory capacity, the supply chain in China may not be as delayed as originally feared. Munster added that "demand for the upcoming iPhone will likely be muted initially, as it will reflect overall consumer demand in the fall which we expect to be soft,” but that Apple typically thinks longer-term than that.