To Win In The 21st Century, America Must Step Up Its Science Game 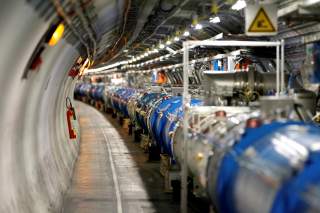 The linkage between science and technological progress may seem obvious. When humanity didn’t have much of the latter, it also didn’t know much of the former. Economic historian Joel Mokyr describes the time before the Industrial Revolution as a “a world of engineering without mechanics, iron-making without metallurgy, farming without soil science, mining without geology, water-power without hydraulics, dye-making without organic chemistry, and medical practice without microbiology and immunology.”

And even during the early stages of the Industrial Revolution, great advances were made in some sectors with little scientific understanding. As the IR rolled on, however, Mokyr describes an emergent division of labor where “British practical people discovered things that worked, and French theoreticians and German chemists uncovered the underlying science.” Today, there’s no doubt that continuing technological breakthroughs, invention, and innovation — and thus long-term economic growth — depend on scientific insights. Keep ‘em coming, ASAP. It would sure be worrisome if the rate of discovery slowed.

But maybe the pace of discovery has diminished, and that helps explain the long-run downshift in advanced economy productivity growth. In the new paper “Is the rate of scientific progress slowing down?” by Tyler Cowen and Ben Southwood, the two researchers conclude that “there is good and also wide-ranging evidence that the rate of scientific progress has indeed slowed down. In the disparate and partially independent areas of productivity growth, total factor productivity, GDP growth, patent measures, researcher productivity, crop yields, life expectancy, and Moore’s Law we have found support for this claim. … One implication here is we should not be especially optimistic about the productivity slowdown, as that notion is commonly understood, ending any time soon.”

Or to put it another way — as Nicholas Bloom, Chad Jones, John Van Reenen, and Michael Webb do in “Ideas aren’t running out, but they are getting more expensive to find” —  it is as if humanity is drilling for oil, and we’re now “digging deeper into a trickier part of the rock.” It will require more investment and better tools such as AI to hit more gushers. From that analysis: “Unless we keep raising research inputs, economic growth will continue to slow in advanced nations such as the US.”

And along the same line, here is economist Jonathan Gruber, coauthor of Jump-Starting America: How Breakthrough Science Can Revive Economic Growth and the American Dream.

In my recent podcast with him: “The US used to be far and away the world leader in terms of government investment in basic science and R&D. We’re now barely in the top 10 in terms of share of GDP. And this is in a world where discoveries are getting hard. If anything, we should have ever-increasing investments in R&D, not ever-declining.”