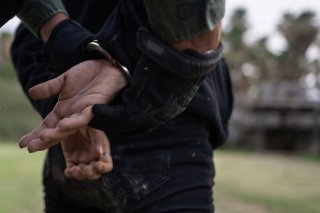 In the latest in a long series of indictments and sentences this year for crimes related to Social Security, Wisconsin man John Fischer was sentenced to eighteen months in prison.

Sixty-three-year-old Fischer was sentenced to eighteen months in prison and an additional three years of supervised release, after he pleaded guilty to Supplemental Security Income Fraud, according to a press release from the Department of Justice and the U.S. Attorney’s office for the Eastern District of Wisconsin.

Over an eight-year period, Fischer “fraudulently received over $73,500 in federal and state SSI benefits by knowingly concealing numerous resources from the Social Security Administration (“SSA”).” He also “filed for SSI claiming that he met all criteria, but in fact, he had bank accounts, investment accounts, and vehicles that put him well above the $2,000 limit.”

Additionally, Fischer purchased two SUVs without telling SSA about either the money or vehicles, according to the Department of Justice. He also cashed out a Roth IRA that was unknown to the agency. The government seized two of his vehicles and he was ordered to pay restitution.

Fischer asked a judge to be sentenced to probation. His request was rejected because his “serious and long-standing criminal conduct warranted substantial prison time for purposes of punishment, deterring others from committing fraud, and reinforcing the public’s confidence in social-safety-net programs like SSI.”

“SSI benefits are designed to help those in true need,” Acting U.S. Attorney Richard G. Frohling said in the press statement. “Individuals who lie about their own circumstances to wrongfully obtain such benefits harm every taxpayer and hurt those in need by undermining the integrity of these vital programs.”

“SSI is a critical safety net that provides much needed assistance,” Andrew Boockmeier, the special agent in charge for the Social Security Administration Office of the Inspector General, Chicago Field Division, also said in the press statement. “Mr. Fischer’s fraudulent actions—failing to report and attempting to hide his assets—caused SSA to improperly pay benefits to which he was ineligible to receive. SSA OIG will continue to work to protect SSA benefits from fraud and misuse. I thank the U.S. Attorney’s Office for prosecuting this case.”

Back in March, in the Western District of Wisconsin, Christopher Hynek was sentenced to one year and one day of incarceration, followed by three years of supervised release, also for Social Security fraud. Hynek had pleaded guilty the previous fall to one count of failure to notify SSA of events affecting his eligibility for Social Security Disability Insurance benefits. Nearly a decade earlier, Hynek had continued to work while claiming that he was disabled.