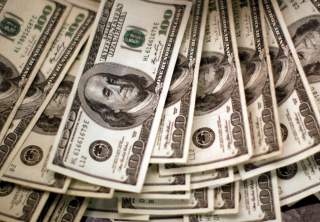 Socialists are fond of saying that socialism has never failed because it has never been tried. But in truth, socialism has failed in every country in which it has been tried, from the Soviet Union beginning a century ago to three modern countries that tried but ultimately rejected socialism—Israel, India, and the United Kingdom.

While there were major political differences between the totalitarian rule of the Soviets and the democratic politics of Israel, India, and the U.K., all three of the latter countries adhered to socialist principles, nationalizing their major industries and placing economic decision-making in the hands of the government.

The Soviet failure has been well documented by historians. In 1985, General Secretary Mikhail Gorbachev took command of a bankrupt disintegrating empire. After 70 years of Marxism, Soviet farms were unable to feed the people, factories failed to meet their quotas, people lined up for blocks in Moscow and other cities to buy bread and other necessities, and a war in Afghanistan dragged on with no end in sight of the body bags of young Soviet soldiers.

The economies of the Communist nations behind the Iron Curtain were similarly enfeebled because they functioned in large measure as colonies of the Soviet Union.

With no incentives to compete or modernize, the industrial sector of Eastern and Central Europe became a monument to bureaucratic inefficiency and waste, a “museum of the early industrial age.” As The New York Times pointed out at the time, Singapore, an Asian city-state of only 2 million people, exported 20% more machinery to the West in 1987 than all of Eastern Europe.

And yet, socialism still beguiled leading intellectuals and politicians of the West. They could not resist its siren song, of a world without strife because it was a world without private property. They were convinced that a bureaucracy could make more-informed decisions about the welfare of a people than the people themselves could. They believed, with John Maynard Keynes, that “the state is wise and the market is stupid.”

Israel, India, and the United Kingdom all adopted socialism as an economic model following World War II. The preamble to India’s constitution, for example, begins, “We, the People of India, having solemnly resolved to constitute India into a Sovereign Socialist Secular Democratic Republic … ” The original settlers of Israel were East European Jews of the left who sought and built a socialist society. As soon as the guns of World War II fell silent, Britain’s Labour Party nationalized every major industry and acceded to every socialist demand of the unions.

At first, socialism seemed to work in these vastly dissimilar countries. For the first two decades of its existence, Israel’s economy grew at an annual rate of more than 10%, leading many to term Israel an “economic miracle.” The average gross domestic product growth rate of India from its founding in 1947 into the 1970s was 3.5%, placing India among the more prosperous developing nations. GDP growth in Great Britain averaged 3% from 1950 to 1965, along with a 40% rise in average real wages, enabling Britain to become one of the world’s more affluent countries.

But the government planners were unable to keep pace with increasing population and overseas competition. After decades of ever-declining economic growth and ever-rising unemployment, all three countries abandoned socialism and turned toward capitalism and the free market.

The resulting prosperity in Israel, India, and the U.K. vindicated free-marketers who had predicted that socialism would inevitably fail to deliver the goods. As British Prime Minister Margaret Thatcher observed, “the problem with socialism is that you eventually run out of other people’s money.”

Israel is unique, the only nation where socialism was successful—for a while. The original settlers, according to Israeli professor Avi Kay, “sought to create an economy in which market forces were controlled for the benefit of the whole society.”

Driven by a desire to leave behind their history as victims of penury and prejudice, they sought an egalitarian, labor-oriented socialist society. The initial, homogeneous population of less than 1 million drew up centralized plans to convert the desert into green pastures and build efficient state-run companies.

The kibbutzim were small farming communities in which people did chores in exchange for food and money to live on and pay their bills. There was no private property, people ate in common, and children under 18 lived together and not with their parents. Any money earned on the outside was given to the kibbutz.

A key player in the socialization of Israel was the Histadrut, the General Federation of Labor, subscribers to the socialist dogma that capital exploits labor and that the only way to prevent such “robbery” is to grant control of the means of production to the state.

As it proceeded to unionize almost all workers, the Histadrut gained control of nearly every economic and social sector, including the kibbutzim, housing, transportation, banks, social welfare, health care, and education. The federation’s political instrument was the Labor party, which effectively ruled Israel from the founding of Israel in 1948 until 1973 and the Yom Kippur War. In the early years, few asked whether any limits should be placed on the role of government.

Israel’s economic performance seemed to confirm Keynes’ judgment. Real GDP growth from 1955 to 1975 was an astounding 12.6%, putting Israel among the fastest-growing economies in the world, with one of the lowest income differentials. However, this rapid growth was accompanied by rising levels of private consumption and, over time, increasing income inequality.

There was an increasing demand for economic reform to free the economy from the government’s centralized decision-making. In 1961, supporters of economic liberalization formed the Liberal party — the first political movement committed to a market economy.

The Israeli “economic miracle” evaporated in 1965 when the country suffered its first major recession. Economic growth halted and unemployment rose threefold from 1965 to 1967. Before the government could attempt corrective action, the Six-Day War erupted, altering Israel’s economic and political map.

Paradoxically, the war brought short-lived prosperity to Israel, owing to increased military spending and a major influx of workers from new territories. But government-led economic growth was accompanied by accelerating inflation, reaching an annual rate of 17% from 1971 to 1973.

For the first time, there was a public debate between supporters of free-enterprise economics and supporters of traditional socialist arrangements. Leading the way for the free market was the future Nobel Prize winner Milton Friedman, who urged Israeli policymakers to “set your people free” and liberalize the economy.

The 1973 war and its economic impacts reinforced the feelings of many Israelis that the Labor party’s socialist model could not handle the country’s growing economic challenges. The 1977 elections resulted in the victory of the Likud party, with its staunch pro-free-market philosophy. The Likud took as one of its coalition partners the Liberal party.

Because socialism’s roots in Israel were so deep, real reform proceeded slowly. Friedman was asked to draw up a program that would move Israel from socialism toward a free-market economy. His major reforms included fewer government programs and reduced government spending; less government intervention in fiscal, trade, and labor policies; income tax cuts; and privatization. A great debate ensued between government officials seeking reform and special interests that preferred the status quo.

Meanwhile, the government kept borrowing and spending and driving up inflation, which averaged 77% for 1978-79 and reached a peak of 450% in 1984–85. The government’s share of the economy grew to 76%, while fiscal deficits and national debt skyrocketed. The government printed money through loans from the Bank of Israel, which contributed to the inflation by churning out money.

Finally, in January 1983, the bubble burst, and thousands of private citizens and businesses as well as government-run enterprises faced bankruptcy. Israel was close to collapse.

At this critical moment, a sympathetic U.S. president, Ronald Reagan, and his secretary of state, George Shultz, came to the rescue. They offered a grant of $1.5 billion if the Israeli government agreed to abandon its socialist rulebook and adopt some form of U.S.-style capitalism, using American-trained professionals.

The Histadrut strongly resisted, unwilling to give up their decades-old power and to concede that socialism was responsible for Israel’s economic troubles. However, the people had had enough of soaring inflation and nonexistent growth and rejected the Histadrut’s policy of resistance. Still, the Israeli government hesitated, unwilling to spend political capital on economic reform.

An exasperated Shultz informed Israel that if it did not begin freeing up the economy, the U.S. would freeze “all monetary transfers” to the country. The threat worked. The Israeli government officially adopted most of the free-market “recommendations.”

The impact of a basic shift in Israeli economic policy was immediate and pervasive. Within a year, inflation tumbled from 450% to just 20%, a budget deficit of 15% of GDP shrank to zero, the Histadrut’s economic and business empire disappeared along with its political domination, and the Israeli economy was opened to imports.