World War I Is Long Gone, But Trench Warfare Isn't (I Saw It First-Hand) 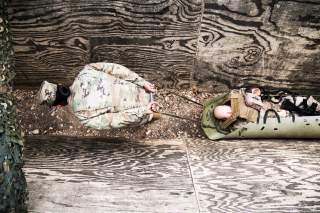 Key point: The creative use of resources and available space can keep readiness high.

It was part of a trench clearing exercise on Aug. 4 with soldiers from the 555th Engineer Brigade’s 570th Sapper Company at Joint Base Lewis-McChord. Members of the company’s 2nd Platoon used the aging trench system to practice with their new M26 shotguns as well as their standard issue M4 carbines.