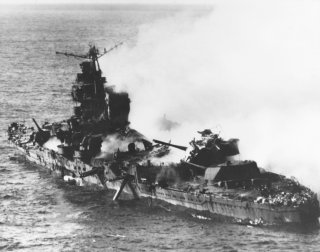 Here's What You Need To Know: We have an obligation to develop a greater recognition of Midway and its strategic importance in the way that we recognize D-Day and its significance as exemplifying American valor and the American combat experience in Europe.  There is an imperative to recognize the significance – from the personal to the academic – of all of these campaigns.

Thursday, June 6th saw the 75th anniversary of the Allied invasion at Normandy, the amphibious assault phase of Operation Neptune, or what we commonly remember as D-Day.  U.S. troops who landed at Normandy – particularly at Omaha Beach – waded ashore amidst a storm of chaos, a blizzard of machine gun fire, and a hail of plunging mortars.  Despite great confusion and casualties, at the squad level and below, the men at Omaha rallied and pressed forth with tenacity and nerve to breach sand-berms and barricades, neutralize enemy positions, and salvage their sectors.  Losses at Omaha were immense – but American resolve helped establish a foothold on the coast of France – and “the rest,” they say, “is history.