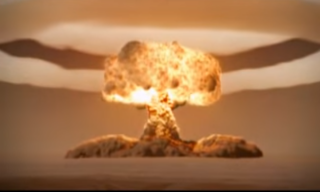 Key Point: Homeland defense, it goes without saying, would include the use of Ground-Based Interceptors. These GBIs would be launched into space to find and intercept attacking ICBMs. The Pentagon is fast at work with GBIs, working on new command and control technology, sensors and targeting.

(Washington, D.C.) Red lights start flashing in rapid succession, space-based infrared sensors detect a heat signature, somebody calls the President...and in what may seem like a matter of seconds, the US launches an immediate, massive counterattack. F-35s, B-2 bombers, nuclear-armed Navy submarines, missile-armed destroyers, Ground Based Interceptors and satellites -- are all instantly thrust into action. Why?