World War III Questions: Can You Really Win a War of Armageddon? 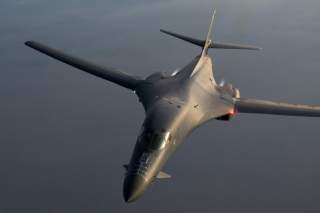 In the pantheon of American military commanders, Curtis LeMay stands out as one of the more controversial individuals. His gruff, no-nonsense, yet pragmatic approaches to strategic bombardment and airpower leave most people either admiring his aptitude or loathing his methods. The author of the Japanese fire raids in the closing months of World War II, LeMay’s actions provide one of the clearest examples of total war and unrestricted bombing.  His ability to get the most out of his command became a hallmark of his leadership acumen. 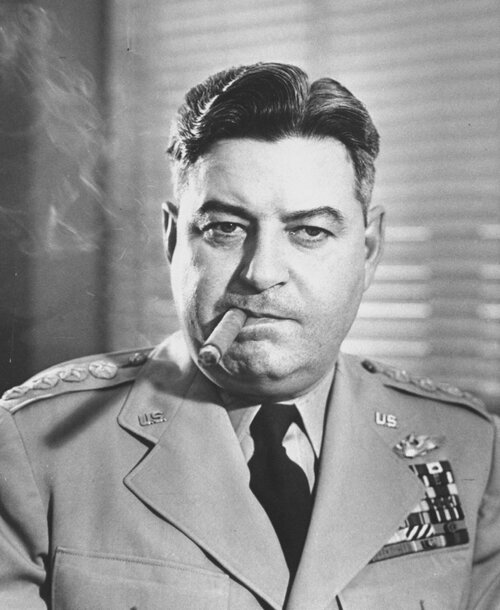 With the dropping of the atomic weapons from strategic bombers, many believed warfare had entered a new age rendering conventional military operations obsolete or at least a very distant secondary to air-centric campaigns. Subscribing to this new vision, LeMay took charge of Strategic Air Command (SAC) in 1948 and served as its commander for an unprecedented nine years until 1957. During this time, he oversaw Strategic Air Command’s growth not only in terms of size and numbers but also in increased lethality and capability. Commanding the most destructive military force ever assembled, LeMay functioned as the catalyst and the fulcrum, which made Strategic Air Command a primary symbol of American military might. With this view of the future, LeMay calculated that the very nature of warfare in the atomic age had to be based on offensive actions with no room for defensively-based policies.

Trevor Albertson’s Winning Armageddon addresses how and why LeMay viewed an atomic preemptive attack as a viable strategy in the emerging Cold War environment. Following the war, a new paradigm developed, which argued the initiator of an atomic aerial assault had a distinct advantage over the defender or a retaliatory strike. Fearing Strategic Air Command’s fleet of bombers might be caught on the ground and vulnerable to a Soviet attack, LeMay believed the same risk existed regarding American national infrastructure and its cities. Given this possibility, LeMay insisted the only good defense was a good offense. However, LeMay—fortunately—failed to convince the nation’s leadership to change the stated policy regarding nuclear weapons.

In this vein, Albertson’s main argument addresses LeMay’s quest for a preemptive attack policy and his advocacy of it to the nation’s leadership. In this vein, the author comprehensively addresses the Strategic Air Command commander’s push for preemption despite resistance from other elements of the defense establishment and the Federal government. From LeMay’s cold warrior perspective, a preemptive policy was the only viable method to ensure Strategic Air Command’s combat capability while guaranteeing the nation’s safety before the Soviets possibly destroyed them both, most worryingly in a kind of surprise attack akin to Pearl Harbor.

Albertson, a former Air Force intelligence officer and former Air Command and Staff College instructor, demonstrates a full understanding of Strategic Air Command, the Air Force, and their roles in the early cold war years in the work’s 227 pages. His technical discussion in five well constructed chapters makes for not only a fast read, but an entertaining one. With well annotated endnotes and extensive bibliography, Alberston shows a mastery of the topic only a few academics in this field can match.

The work is largely a collection of the Strategic Air Command commander’s actions and words encouraging a preemptive policy in both public and classified venues. Loaded with quotes, speeches, and references by LeMay advocating this policy, the author makes a clear and well-documented assessment of the Strategic Air Command commander’s viewpoint regarding nuclear preemption. Using primary source material, Albertson sets a high bar for works of this nature. Instead of using well-trodden secondary sources, the author dug extensively in various archives to support his argument. Albertson also provides new insights into LeMay’s offensive mindset.

While addressing LeMay’s strategic imperative, the author also delves into his effective leadership focusing on troop welfare, quality of life, and realistic training—a point many treatises on LeMay fail to address. LeMay consistently demonstrated his concern for the people in his command even if it was only a way to increase performance. Albertson does a credible job of addressing what some might see as the Strategic Air Command commander’s use of a softer side to foster the best performance possible. As the book addresses LeMay’s advocacy for preemptive strategy almost singularly, the detour regarding troop welfare initiatives is a welcome addition.

Given the work’s focus on LeMay’s push for a preemptive strategy, the author might have addressed more of the challenges Strategic Air Command faced early under LeMay’s tenure. When LeMay took over in October 1948, the command lacked much of an atomic capability. Although the book subtly hints via the subtitle this is a treatise of the command, a discussion regarding the development of Strategic Air Command’s capability quickly falls to the wayside. Instead, the book maintains its focus on preemption and LeMay’s drive for its acceptance. While the author mentions this in his preface, the singular thrust regarding preemption omits discussion of the myriad of problems LeMay had to fix in addition to troop morale. Early on, Strategic Air Command suffered from a lack of ready airframes, maintenance efforts, training, and competence at almost every level. Inclusion of these efforts might have underscored and even highlighted LeMay’s efforts to build a preemptive capable force.

Despite this omission, the book is an excellent contribution to the historiography of the early Cold War, Strategic Air Command, and LeMay, making it a must for any student of the cold war. Albertson helps provide more insight into Strategic Air Command leadership during LeMay’s tenure while illustrating the commander’s thought process and quiet, yet aggressive, style of leadership. The author’s excellent use of primary sources adroitly illustrate his thesis and fills a void in the current historiography. The book is a worthy and needed addition to the current historiography regarding the Cold War and strategic nuclear bombardment.

John M. Curatola is a professor of history at the U.S. Army School of Advanced Military Studies. The views expressed in this article are the author’s alone and do not reflect the official position of the U.S. Army, the Department of Defense, or the U.S. Government.