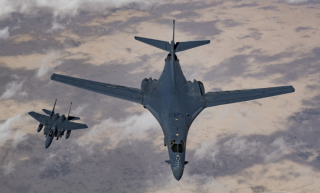 Any U.S. campaign would take place over China’s objection, and the United States would almost certainly not provide any advance notification. China loathes North Korea but fears its collapse and U.S. military hegemony in Asia even more.

U.S. Secretary of State Rex Tillerson made waves last week when he suggested that military action against North Korea was an option. He pointedly said that former President Barack Obama’s ‘strategic patience’ approach was over. Tillerson did not say what military options were under consideration, but bombing is the likely choice. The United States has air superiority over North Korea by a wide margin, while it is unclear what kind of naval action would be available, and ground action, of course, has huge risks.