Would a Cold War 2.0 with China Equal an Economic Boom for America? 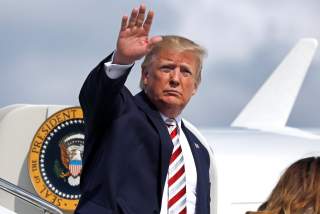 The US economy did pretty well during the Cold War. Per capita GDP rose by 150% in real terms from the end of World War Two through the collapse of the Soviet Union, with the stock market notching a similar inflation-adjusted performance. And when the long twilight struggle was over, America was on the verge of a historic productivity surge and technological advance.

A focus on the Cold War’s finale makes the conflict look even more beneficial given that it took place against the backdrop of the Reagan-era boom. And that’s why Neil Hennessy, chief investment officer at Hennessy Funds, tells Axios that he isn’t worried about Cold War 2.0 with China. He notes, according to Axios, that the S&P 500 delivered positive returns to investors in all but one year between 1982 and 1991 with only one other down year until 2000. “We’re looking at a very strong market going forward,” Hennessy told Axios.

But that seems like an incomplete analysis — especially given stock market selloffs on negative US-China trade news — of the sort that policymakers should accept with great caution. The American and Chinese economies are deeply intertwined, and an even-partial disentanglement resulting from a Cold War 2.0 would be incredibly costly. “The supply chain is so complex that it more closely resembles the interconnected global financial system before the crisis of 2007-08,” The Economist explains.

And China — with a $14 trillion economy and many large public companies, including tech firms — is far more important to the global economy that the Soviet Union ever was. Economist Mark Harrison points out that while the famous characterization of the USSR as “Upper Volta with rockets” was unfair, “its economy produced less than half of the real GDP of the US, despite a population of similar size, spread across a much larger territory.” US-China trade last year was more than $700 billion vs. comparatively de minimis trade with the old Soviet state. And each nation’s innovation efforts benefit the other. As The Atlantic’s Anju Manuel wrote last year:

Finally, long-term innovation happens because U.S. companies participate in markets all over the world. A senior US semiconductor-company executive told me recently that US companies’ sales to and investments in China give them access to Chinese efforts on cloud computing, AI, and autonomy, and thus make US products much better at responding to a changing world market. Balkanization will likely harden the Chinese desire to be self-reliant, and so lead to inefficiency, higher costs, and less innovation among US firms.

Overall, I think fears of a New Cold War or Tech Cold War are overblown — but maybe less so if we dismiss the risk of severe damage from engaging in one.