Would Submarine Aircraft Carriers Really Be a Good Idea? 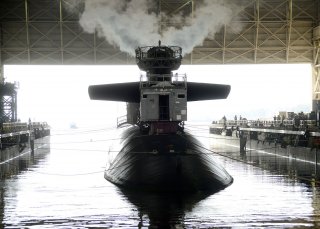 Big idea: In a major conflict, the Navy could be forced to come up with new ways of fighting—and an underwater drone-carrier could be just that.

Robert Farley, a frequent contributor to TNI, is author of The Battleship Book. He serves as a Senior Lecturer at the Patterson School of Diplomacy and International Commerce at the University of Kentucky. His work includes military doctrine, national security, and maritime affairs. He blogs at Lawyers, Guns and Money and Information Dissemination and The Diplomat. This first appeared in Feb. 2018.