Would This Tiny U.S. Warship Be the First to Fight Iran in a War? 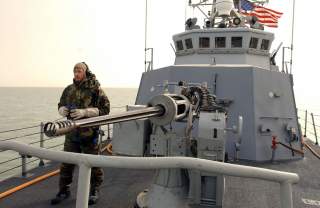 Key point: These ships are small, but can go into vital coastal waterways that most other ships would run aground in.