Xi Jinping Is Wrong: Time Is on America’s Side, Not China’s 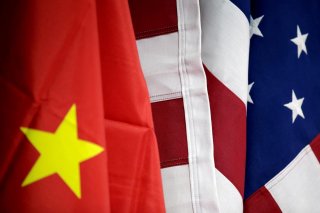 On January 10, 2021, Chinese President Xi Jinping told a gathering of communist party officials that “The world is undergoing profound changes unseen in a century, but time and the situation are in our favor.” Xi is wrong though. While countries around the world hide their dirty laundry—falsifying coronavirus death statistics, recasting concentration camps and forced sterilization as progressive, and quietly disappearing anyone who voices criticism—Americans not only parade it for all to see but also exaggerate it. The violence at the Capitol was a protest which spun out of control; it was not, as former California governor Arnold Schwarzenegger suggested, akin to Kristallnacht. Nor was it an attempted coup. The regular military remained in their barracks and the National Guard, when activated, followed lawful orders to defend the government from violence rather than further it. In many ways, what occurred at the Capitol was the final act in an escalating series of stress tests, and both the constitution and core American institutions passed with flying colors. Certainly, polarization and a political desire for imposition rather than compromise is corrosive, but widespread disgust at both progressive and Trumpian overreach may very-well re-empower the center. (So, too, would an end to gerrymandering as safe districts discourage compromise, whereas competitive districts require it). The American economy may have taken a hard hit because of the coronavirus, but accelerated growth follows recessions.

Certainly, China has become a military and an economic power, but dark clouds hang over China, and not just because of Beijing’s notorious air pollution. Put aside the fact that a future shaped by China would be a dystopian nightmare. Xi has not only made ethnic cleansing fashionable again but has leveraged its economic might to ensure that even Muslim states endorse it.

The real reason why Xi is wrong about China’s future is the long-term effects of its thirty-six-year-long one-child policy, which ended only in 2015. During those years, communist authorities sought to regulate every aspect of life. It subjected women to forced abortion, sterilization, and perhaps even engaged in infanticide in order to slow population growth. Because they were limited to only one child, that, for cultural reasons, they hoped to be a boy. In fact, some families murdered girls upon birth. As a result of this femicide, China today has a shortage of seventy million women, greater than the entire population of France or the United Kingdom. Put aside the societal pressure that men without prospects of marriage might cause. That would be bad enough. But the long-term implications of China’s past family planning policies are a looming demographic precipice. My colleague, Nicholas Eberstadt, has been prescient about this inevitability, but anyone who is superficially rosy about China’s outlook should consider his 2019 report on Chinese demography. He notes that China’s population will “peak in the coming decade and to decline at an accelerating tempo thereafter,” experience a huge growth of its elderly at a time its working-age population shrinks, and he concludes that “these trends can only make for serious economic headwinds, presaging the end of China’s era of ‘heroic economic growth.’” Xi might like to project an image that the Chinese Communist Party has found a magic formula for wealth and growth but all evidence shows that China has experienced a massive but unsustainable bubble.

The question then becomes what happens when that bubble inevitably bursts. The benefit of democracy—despite the hiccups on display in Washington, DC—is that it provides a pressure relief valve and enables correction. When a society such as China does not allow dissent, then the only recourse is violence. The absence of freedom and liberty only catalyzes that downward cycle.

The danger for the United States and the broader international community is that a dictator like Xi might lash out militarily to distract from his and the Communist Party’s failures. Certainly, this is something for which the Biden administration should prepare. In the meantime, however, make no mistake: Time is on America’s side. There is no substitute for freedom.