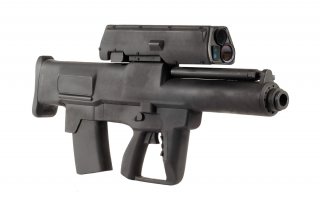 The capability to engage enemy troops behind cover is useful but anything that does that and nothing else is impractical from an infantryman’s perspective and an expensive niche weapon unaffordable even by the U.S. Army.