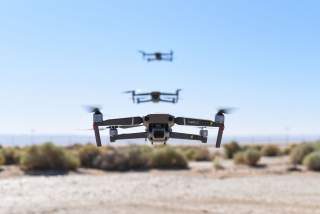 Key point: Drones are easier to use for spying and watching for unusual activity.