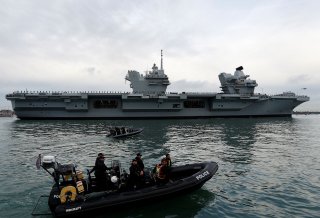 Key point: Although it will be hard in terms of cost and finding the manpower, London still wants two aircraft carrier battlegroups. Here's what it would take to get there.