Yes China Is Lying About the Size of Its Economy 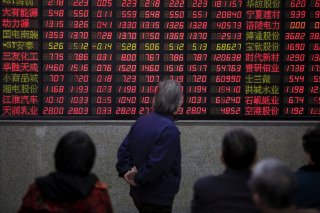 Key point: Beijing is cooking its books. These economists break down how China's growth hasn't been as huge as Beijing claims.

Salvatore Babones is the author of The New Authoritarianism: Trump, Populism, and the Tyranny of Experts. This first appeared in 2019 and is being reposted due to reader interest.