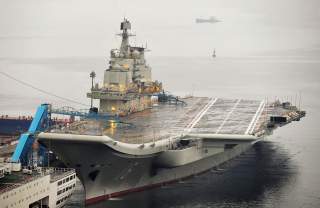 Key point: China has long-desired a first-class navy, and that means carriers with the ability to remain at sea for extended periods of time.

Robert Farley, a frequent contributor to the National Interest, is author of The Battleship Book. He serves as a senior lecturer at the Patterson School of Diplomacy and International Commerce at the University of Kentucky. This first appeared in May 2018.