Yes, China Would Probably Have to Fight in the Next Korean War 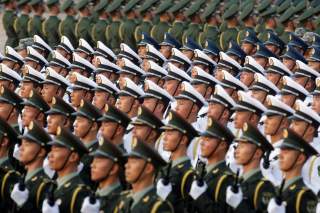 Key point: Beijing would never allow U.S. troops to reach or be stationed on its borders. China would want to prop up North Korea as a buffer zone.

Robert Farley, a frequent contributor to the National Interest, is author of The Battleship Book. He serves as a senior lecturer at the Patterson School of Diplomacy and International Commerce at the University of Kentucky. His work includes military doctrine, national security and maritime affairs. He blogs at Lawyers, Guns and Money, Information Dissemination and the Diplomat. This first appeared in December 2017.