Yes, the Coronavirus Is Spreading (But Don't Freak Out Just Yet...) 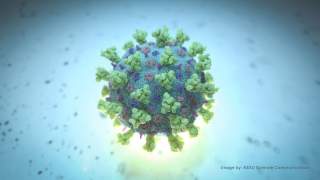 The outbreak of the new coronavirus shows no sign of slowing even as more countries and companies move to block its spread. The World Health Organization (WHO) hasn't explicitly recommended travel or trade restrictions, but uncertainties about the virus are prompting precautionary measures around the world. National and business leaders are having to balance the unknown health impact against the well-known economic damage of tough travel restrictions in and out of China and, in a few cases, trade. On Jan. 29, Threat Lens laid out three scenarios for how the outbreak could be resolved, The Global Impact of the Wuhan Coronavirus: 3 Scenarios. At this point, the first scenario, which saw a timely response curbing the impact of the virus, appears to be increasingly unlikely. However, the third scenario, which saw a global pandemic with a low death rate, appears to be playing out. The public health threat is likely to ebb by the end of February, but the disruptions associated with travel restrictions and extended business closures in China can be expected to continue into March and possibly April.

The number of confirmed cases of the illness has now eclipsed the number of SARS cases recorded in 2002-03 and in roughly one-third of the time. However, diseases that are more communicable also tend to be less lethal, and the numbers in this outbreak continue to support that: The death rate has continued to drop over the past two weeks and has fallen to 2 percent. Within China's Hubei province, the death rate is 3 percent; outside Hubei, it is only 0.2 percent. It's still early in the course of the outbreak and trends could reverse, but figures continue to indicate that this virus isn't particularly lethal.

In addition, Hubei continues to be the center of the outbreak, accounting for 65 percent of all cases and 97 percent of all deaths. Other provinces, such as Zhejiang (just south of Shanghai) and Guangdong, have more confirmed cases now than Hubei did when authorities introduced travel restrictions in cities across the province. However, no other region in China or the world has seen more than two deaths, indicating how the severity of the outbreak outside Hubei has been limited, so far. A spike in confirmed cases or deaths in other provinces could lead to severe restrictions on movement, worsening the already considerable economic damage.

In addition, the virus has spread at a generally lower rate outside China than inside: a 139 percent increase in confirmed cases over the past week outside the country versus a 236 percent increase inside. However, dozens of countries and national air carriers have implemented additional restrictions on travel to and from China over the past week, making such travel extremely difficult.

Looking ahead, how the virus spreads outside China will be important for global economics. If other countries are hit with outbreaks on the scale seen in China, international travel restrictions could expand to these affected countries. Japan, Thailand and Singapore currently have the highest number of cases, but they are also well equipped to contain further outbreaks. Countries such as Nepal, Sri Lanka and India, despite having low levels of reported cases, are more vulnerable because of their less developed medical and public health infrastructures. The global impact of this coronavirus hitting China is bad enough, but its international spread could worsen economic disruptions even more.

Coronavirus Continues to Spread, But It Appears Less Lethal is republished with the permission of Stratfor Worldview, a geopolitical intelligence and advisory firm.