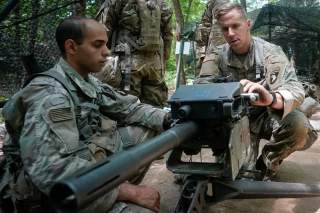 Key point: When you need a good explosion during a fire fight, grenade launchers will help in a pinch. This is why they are still kept in arsenals the world over.