Yes, the Navy Is Wants a Lot of Robot Ships to Deter a Rising China 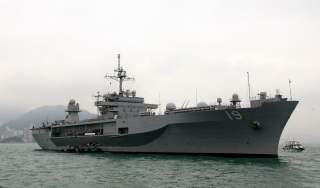 Key point: The military is testing robot warships in the hope that they can provide extra firepower and support if a war ever happened. But once Washington perfects that technology, you can be sure Beijing will want to build (or steal the plans for) its own.