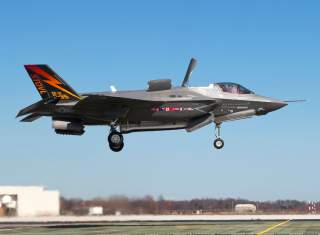 Key Point: What about the trillion spent on the F-35?

The Air Force B-21 Raider, a new stealth bomber expected to emerge in the mid 2020s, is said by developers to incorporate a new generation of stealth - but very few details are available. (For Warrior Maven's report on the B-21 and future stealth -CLICK HERE)

Fighter-jet launched laser weapons, expected to be operational by the mid 2020s, are of course part of the planning for 6th-Generation fighters. (for Warrior Maven's Report on Fighter-Jet Launched Laser weapons - CLICK HERE)