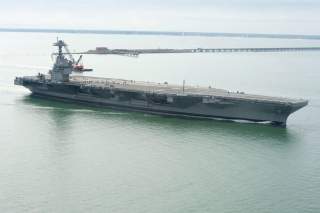 NAVSEA told Bloomberg that shipbuilder Huntington Ingalls identified the issue as a “manufacturing defect” rather than an overall design flaw.