You Bet India Regrets Buying an Aircraft Carrier from Russia 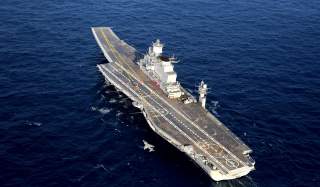